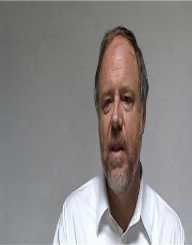 Carlo Urbani was born on October 19, 1956, in Castelplanio, Italy. A middle-class family raised him with strong Catholic values. His father was a teacher at the Ancona Commercial Navy Institute, and his mother was a headmistress of a primary school.

After finishing his secondary education, Urbani went to study medicine and graduated in 1981 with a medical degree from the University of Ancona. He went on to specialize in infectious and tropical diseases at the University of Messina and earned a postgraduate degree in tropical parasitology.

Since Urbani was a young man, Urbani began volunteering for the African endemic disease cause with the Italian Catholic NGO Mani Tese. He worked in several epidemic medicine fields, and 1993 became the external consultant of the World Health Organization. In 1996, Urbani joined Medecins Sans Frontieres and went to Vietnam and Cambodia for periods of a long time. He was mainly working in combating parasitic diseases and curing epidemic pathologies.

After his missions in Vietnam and Cambodia, Urbani became the president of the Italian chapter of the Medecins Sans Frontieres and was one of the individuals who accepted the 1999 Nobel Peace Prize on behalf of the organization. With the money from the award, Urbani created a fund to promote an international campaign for access to essential medicines for the poorest populations of the world. In 2000, he was posted to Hanoi by the World Health Organization as an expert in communicable diseases for Laos, Cambodia, and Vietnam. He recommended the steps to control foodborne trematodes and cestodes, which affected around seven million people in Asia. He also supported the idea of regular treatment with praziquantel affected children to avoid liver cancer. Besides his scientific work, Urbani was also a talented photographer, ultralight airplane pilot, and organist.

In 2003, Urbani was called into The French Hospital of Hanoi to evaluate a patient Johnny Chen- an American businessman who had fallen ill with what doctors believed to be influenza. Urbani quickly realized that Chen is affected by a new and highly contagious disease and immediately notified the WHO. This triggered the most effective response to a major epidemy in the history. He persuaded the Vietnamese Health Ministry to begin isolation of patients and screening travelers, which slowed the pace of the epidemy.

In March 2003, Urbani was flying to a conference in Bangkok, Thailand, to talk on the subject of childhood parasites. During the flight, he began to feel feverish, and upon landing, an ambulance was called for him. The ambulance arrived 90 minutes later since they had to put on the protective gear first.

Urbani was working on SARS-infected patients in Hanoi and became infected with the virus himself. In Bangkok, an improvised isolation ward was created, and his wife was only able to talk to him via intercom. His lungs weakened, and Urbani died on 29 March 2003, after spending 18 days in intensive care unit.