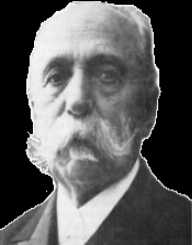 Camillo Golgi was an Italian physician, biologist, and pathologist who won the Nobel Prize for Medicine in 1906 along with Santiago Ramon y Cajal, a Spanish Histologist. Golgi is considered to be the greatest neuroscientist of the 19th century.

Camillo Golgi developed the silver nitrate method of studying nerve tissues. Many of his discoveries like Golgi tendon spindle, Golgi apparatus, and Golgi cell are named after him. He also found out the malarial fevers were due to the presence of a protozoan parasite ‘Plasmodium.’ His laboratory was open to every young researcher.

Camillo Golgi was born on 7Jul 1843 in the village of Corteno, in Brescia district of Northern Italy. The village is now called Corteno Golgi after him. His father was a doctor and district, medical officer. Golgi studied medicine at the University of Pavia.

Camillo Golgi was an intern student at the Institute of Psychiatry under Cesare Lombroso. Golgi also worked under Giulio Bizzozero, a brilliant professor of histology and pathology. Golgi was introduced to experimental research and histological techniques by him.

Camillo Golgi started his scientific career in 1869 by publishing an article where he stated that mental diseases could be due to organic lesions of the neural center. He wanted to provide supporting facts and so abandoned Psychiatry to concentrate on experimental study.

However, Camillo Golgi could not continue owing to financial constraints. He accepted the post of Chief Medical Officer at the hospital of the chronically ill in Abbiategrasso. In the hospital, he developed a little kitchen into a laboratory and continued his research for a new staining technique.

Camillo Golgi discovered the silver nitrate method of staining nerve tissues. This technique is used even today. His important work was the discovery of ‘black reaction’ or ‘reazione near’ (later known as a Golgi stain). This is a method of using silver nitrate to stain nerve cells. This helped him to view the paths of the nerve cells in the brain for the first time.

In 1873 Camillo Golgi published a short note ‘On the structure of the brain grey matter’ in the Gazzetta Medica Italiana. Golgi was able to demonstrate the existence of a nerve cell (later called as Golgi cell) with many short branches (dendrites) and serving to connect other nerve cells.

This discovery helped the German anatomist Wilhelm Von Waldeyer Hartz and Ramon y Cajal a Spanish histologist to establish that the nerve cell is the basic structural unit of the nervous system. The first drawings were published by Golgi in 1875 and 1885 a monograph of the anatomy of the central nervous organs.

Camillo Golgi found the two types of malarial fever tertian occurring every other day and quartan occurring every third day were caused by different species of the parasitic protozoan Plasmodium. The episode of fever coincides with the release of parasites spores from red blood corpuscles.

In 1898 Camillo Golgi identified the intracellular reticular apparatus which now bears his name, the Golgi apparatus. By the use of electron microscope discovered in 1950, its existence was confirmed, and it was found to play an important role in the intracellular sorting, trafficking, and targeting of proteins.

Camillo Golgi won the Nobel Prize in Physiology with Santiago Ramon y Cajal in 1906 for his studies of the structure of the nervous system.In 1900 he was named Senator byKing Umberto I. Camillo Golgi became a foreign member of the Royal Netherlands Academy of Arts and Sciences in 1913.

Camillo Golgi retired in 1918 but held the position of Professor Emeritus of University of Pavia.

Camillo Golgi married Lina Aletti in 1877. The couple had no children and adopted Golgi’s niece Carolina. His publications are anthologized in Opera Omnia in 4 volumes.

Camillo Golgi died in Pavia on 21 Jan 1926.A marble statue has been erected in his honor. The Historical Museum at the University of Pavia has devoted a hall to Golgi where one can view his certificates, awards, diplomas, and degrees.