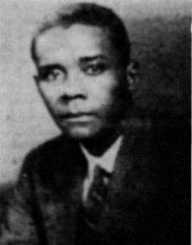 C. L. R. James was widely known as an Indian and African descent historian, essayist, journalist, and cricket writer. He worked hard to make sure that the native African voice was heard far and beyond. He liked to write about anything under his pseudonym name J.R Johnson. Several parts of his writings were mainly dedicated to the Afro-nationalism as well as Caribbean region. Besides, James was loved for his varied activities such as acting, sports, and part-time playwriting. He came with his dictation that he was often referred to as ‘Anti-Stalinist dialectician.' His nature allowed him to unlock his potential which made him live an unusual life. For his tremendous work of sports and races, James garnered an Honorary Doctorate under South Bank Polytechnic, London.

Nikolaos Gyzis, a 19th-century painter, died on January 4, 1901, the same day, month and year when C. L. R. James was born. He spent his childhood days in his native country, Trinidad. James joined the Queen’s Royal College High School in Port of Spain. James career commenced when he landed a teaching job. He brought up prominent students that became famous people in the future. An example of such is Eric Eustace William who led the first Prime Minister seat of Tobago and Trinidad.

Afterward, James turned into a cricket journalist. He founded the opposing-colonialist team that was called the Beacon Group. Here he partnered with eminent personnel’s that helped fasten The Beacon Magazine updates. In 1932 he moved to England where he worked as a biographer for his longtime friend, Learie Constantine. Without further ado, James took a chance where he started to cement his artistic career. In the process, another door opened, and he began to work for the Manchester Guardian.

James moved to London in 1933 where he began his political career. He dodged into the West Indies Independence Campaign. He was an active participant that made him write and publish ‘Life of Captain Cipriani’ as well as The Case for West-Indian Self Government. These became his first campaign writings. In 1935 he chaired International African Friends of Abyssinia. The group was intended to discuss emergent issues that related to Africa. Before joining the Labour Party, James became a Marxist theorist. By the end of 1934, he became a prominent participant in the Independent Labour Party. The same year, he chaired the Trotskyist group.

In 1936 James published Minty Alley novel in London. The book welcomed both positive and negative critics since he became the first black Caribbean to issue a book in the United Kingdom. Before then, his political life made him write a play titled ‘Toussaint L’Ouverture’ in 1936.His literacy grew in 1937 when he wrote a non-fiction novel titled ‘World Revolution.' The book received positive acclaims that Leon Trotsky recognized it. He followed it up with The Black Jacobins in 1938.

After moving to the United States in 1938, James got a fiction name cricket writer, due to his autobiography ‘Beyond a Boundary.' He published it in 1963 which became an internationally acclaimed book in the sports world.

James moved to the U.S in 1938 after receiving sponsorship from the Socialist Worker’s Party. Here he stayed for twenty years. In 1947 he left the SWP due to doubts and unclear thoughts. This made him to partner with Max Shachtman, and they formed the Worker’s Party. James continued to illustrate his ideas through writing. This influenced him to build an Autonomist Marxism group. Unfortunately, he left America in 1953, but he made his voice heard through his writings. He wrote The Story of Herman Melville followed by World We Live In. He later went to his motherland in Trinidad where he started an editorial job at the Nation newspaper for the Peoples National Movement.