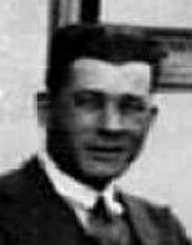 Buenaventura Durruti was born on July 14, 1896, in Leon, Spain to Anastasia Dumange and Santiago Durruti. Santiago, who called himself a libertarian socialist was a railway worker in the yard at Leon. Durruti was the second child of nine by his parents. He abandoned his education at age 14 to be trained in the railway yard in Leon as a mechanic. While there, Buenaventura Durruti became a member of the socialist Union General de Trabajadores (UGT).

In August 1917, Buenaventura Durruti was actively involved in a strike organized by the UGT after the government backtracked from an agreement reached between the union and the employers. As the strike got out of hands, the government employed the services of the Spanish Army to deal with it and this resulted in the 70 death, 500 injured and 2000 of the workers put to jail without trial. As the government pursued other strikers, Durruti fled to France, where he met other exiled anarchists. He worked as a mechanic in Paris from 1917 to early 1920 when he left Spain.

After living in France, he lived at San Sebastian, Basque Country across the border of Spain. Buenaventura Durruti met other local anarchists including Suberviola, Ruiz, Aldabatrecu or Marcelino del Campo to form the anarchist paramilitary group Los Justicieros. The first act of the newly formed group was an unsuccessful assassination attempt on the King Alfonso XIII in San Sebastian during the inauguration of Great Kursaal. The president for a newly formed Confederacion Nacional del Trabajo (CNT), Buenasca was able to convince Buenaventura Durruti to travel to Barcelona where the anarchist and the syndicalist's group members had suffered brutalities and jail term to organize the workers. At Barcelona, Buenaventura Durruti engaged members of the Los Justiciero like Juan Garcia Oliver and Francisco Ascaso among others to form Los Solidarios. In revenge for the death of one of the anarcho-syndicalist activist, Salvador Segui, the group assassinated Cardinal Juan Soldevilla y Romero in 1923.

Buenaventura Durruti and other members of the group initiated numerous attacks on the military barracks in Barcelona and border stations near France in 1923 when Miguel Primo de Rivera seized power in Spain. Once again, these attacks were unsuccessful, and the group suffered some casualties. The defeat forced Durruti and other members like Ascaso and Oliver to leave Spain for Latin America. The three engaged in several offenses including bank robberies in Cuba, Chile, and Argentina. They never had peace in South America as various governments within the region sought for his head. The government of Argentina especially gave them a death sentence.

They, however, managed to leave and return to Spain and Barcelona. Upon their return, they became influential group among the of the anarchist militant group Federacion Anarquista Iberica (FAI) and the anarcho-syndicalist trade union Confederacion Nacional del Trabajo (CNT).

In The Civil War

During the Spanish Civil War, Buenaventura Durruti and other members of the FAI and CNT helped to organise armed resistance to the counter the rising military of Francisco Franco. This helped to prevent General Goded from taking control of Barcelona. The group was involved in several battles, but the road ended for Ascaso as he was shot dead during the battle for the Atarazanas Barracks. Durruti was, however, able to raise and lead over 3,000 armed anarchists from Barcelona to battle in Zaragoza.

Buenaventura Durruti died from a gunshot through his chest when he led his militia to Madrid in 1936. There have been different accounts of how the shooting happens. Accounts by his chauffeur, Julio Grave claimed he was shot by militia during a heavy gun battle around the Clinical Hospital in the University City of Madrid. The bullet went straight to his heart. Another account by written in The Spanish Civil War, 1982 by Anthony Beevor states that Durruti was killed by one of his companion’s machine pistol as it went off.

He further stated that the anarchist lied about how the death occurred for morale and propaganda purposes. He died in a makeshift operating theatre in the Ritz Hotel on November 20, 1936, and the cause of death was recorded as pleural haemorrhage.