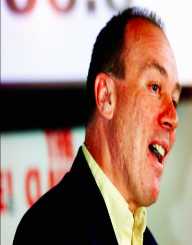 Brian Souter was born on May 5th, 1954. This was in Perth a Scottish town. He used to travel a lot with his father, a bus driver.

After his graduation, Brian Souter worked at Arthur Andersen & Co as an accountant. In 1980 He established Stagecoach Group along with his sister. It kicked off their businesses from Dundee to London. It later expanded its territories to other countries including United Counties companies.

He was the vice president of Institute of Chartered Accountants of Scotland in 2015 April. Jim Pettigrew was the newly designated president of the company then.

Brian Souter is a proud owner of many investments. He has more than 200 personal investments. Souter Investments manage all his private investments. He financed the Scottish National Party with GBP 500,000 in 2007. In 2011 he again contributed another GBP 500,000 to the party. In 2014 during Scottish’s independence referendum, he contributed one million. Some of the amounts was set aside for Christian organizations that had a low profile.

Brian Souter is married to Betty Souter. They are blessed with four children.