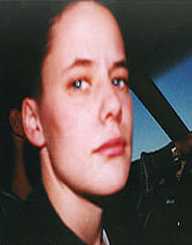 Brandon Teena was born on December 12th, in 1972. He was an American transgendered man that was raped and murdered in 1993. His life and death was featured in the Academy Award film dubbed Boys Don’t Cry (1999).

Brandon Teena was born on December 12th, in 1972. His place of birth was in Lincoln, Nebraska. His elder siblings were Patrick and JoAnn Brandon. Teena had to be raised by a single mother as his father was involved in a car accident eight months before his birth.

Together with his older sister named Tammy, their mother left them to be raised by their grandmother. However, when Teena clocked three, their mother took them in and raised them. Growing up, the pair were both sexually abused by their uncle. Consequently, Teena went for counseling in 1991.

Teena joined St, Mary’s Elementary School before later joining Plus X High School situated in Lincoln. Some of the students that learnt with Teena later claimed that she was a socially awkward individual.

In late 1990, Teena with some of his friends went to Holiday State Park. He had to bind his breasts so that he could look like a boy. Shortly after, young Teena took a 13-year-old girl on a date. After this, Teena continued with his dress code as a male. Also, he went out more often and that he skipped school from time to time. A year later, in 1991, he was expelled, just three days before his graduation.

During summer, he entered into a serious relationship with Heather. His mother did not approve of the relationship, and in January the following year, Teena went through a psychiatric evaluation. The results showed that she suffered from a sexual identity crisis.

In 1993, he faced some legal troubles which made him flee to Falls City. Here, he courted Lana Tisdel and became friends with ex-convicts Marvin Thomas Nissen and John L. Lotter. In December the same year, she was jailed for forging checks. It is during their period that Tisdel came to discover that her lover was transgendered.

While having fun at a Christmas Eve party, ex-convicts Lotter and Nissen forced Teena to remove his pants as a way of proving that she was biologically a woman. Angered by their discovery, they drove him to a distant location where they gang-raped him.