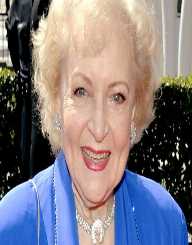 I have seen Betty White movies as I grew up in my teenage years. She will always be my number one option when it comes to comedy. I did not know if she had set a glimpse in other careers such as being an Animal Right Activist, singer, and a radio host. But now I am sure that she has tons of things to share with society.

I am not a fan of cartoon films, but Grammy Norma as Betty White in the Lorax film magnetized me to watch the unfolding episode. Not only did I enjoy her best movies but also her enquiring autobiographies. I am a fun-time reader! This made me have more than one collection of her set books. Her current audio “If You Ask Me” brings to view various anecdotes about advising acting as well as her love for animals. She has talked about different topics in one set. How about that!

*She once lied that she can hold her breath in the water for two consecutive days. Huh!*

Betty White and not Elizabeth as others confuse her name was born on January 17, 1922, in Oak Park, Unites States. She is also known as Betty Mario White, Betty White Ludden or Betty Mario White Ludden. She precisely explained that her parents named her Betty to avoid several nicknames from the “Elizabeth” word. She was lucky to study at Beverly Hills and Horace Man School.

After school, she tried to apply for various play-role opportunities from different companies without success. That is where she started a small part or role. In 1939, she graduated. Betty White made an inevitable appearance on television after singing “The Merry Widow” song.

In 1940 White acted three different plays; The Great Gilder-sleeve’, ‘This is Your FBI’ and ‘Blondie.' She as well commenced with her radio program called “The Betty White Show’. In 1949 to 1950 White co-hosted “Hollywood on Television’ together with AL Jarvis for four years.

Early in the 1950s, she continued with her Television Commercials. White had a chance to advertise with famous companies such as ‘Dr. Ross Dog Food’,‘ Coca-Cola,'' Spray and Wash’ and others. In 1952 Betty White founded “Bandy Production” that welcomes the “Life with Elizabeth” launch production.

From 1955 to 1975 White participated as a commentator on the “Tournament of Roses Parade’. In her ‘Dating with Angels’ film, she took a Vicky Angel role. To make it all up, allow me to say that since 1950 White has taken the entertainment industry by storm.

Before taking her career on television, Betty White previously worked as a model, in theater and radio. But by World War II, she forgot about all that and joined an America Women’s Voluntary Service. White devoted all of her days to delivering supplies through PX truck in the Hollywood Hills. During the night she used to enjoy her life by dancing with many soldier send-offs.

In 1987, Betty White won the Golden Girls Television Series as the leading role. In 1952 she was also awarded an Emmy Award for being a great female personality. From 1975 to 2010 she received several awards for being a fantastic supporting actress. She also won an American Academy Award for being the funniest female character. Early 2014, White was awarded an accolade as the Longest TV Female Career in Guinness World Record.

Dick Barker, Betty's first husband, was married in 1945 but divorced. After four to five months she went back to Los Angeles in search of her career. In 1947 she met Lane Allen, and in the process, they got married. The marriage was then short lived. On June 14, 1963, Betty White married a television personality, Allen Ludden.

Hands down, “that’s what she confessed in her 2014 press interview. Her love for animals made her start a T-shirt line in 2010 whose aim was to profit the money back to Morris Animal Foundation.

Betty White is one of the wealthiest female actresses as stated by financial data sources. As a side note don’t get confused if Betty White is still alive. She is now 94 years. But she hasn’t been seen in public forums as usual. Reason: She has Alzheimer's, but this doesn’t stop her from achieving her best. To her, there is no sign of slowing down. In January 2017, White will take her Dr. Beth Mayer role in the hit television series. Mind you; this will be her 95th birthday.