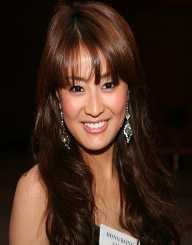 Betty Ong was the unsung hero who risked her life amidst the September 11, 2001 attack in an American airline. She was working as a flight attendant on Flight 11 which was under terrorist control that bombed the World Trade Center moments later. She was killed in the attack on September 11, 2001, in New York City. Betty left a legacy, and her name is engraved in the September 11 memorial portal in New York City as a hero who died an untimely death.

Betty Ong was born as Betty Ann Ong as the daughter of Harry Ong, Sr. and Yee-gum Ong. She was born in San Francisco, California on 5 February 1956 in a family of four children. She was brought up in Chinatown in San Francisco alongside her brother Harry Ong and sisters Gloria Ong Woo and Cathie OngHarrera. She went to George Washington High School from where she graduated. Her family was of Asian descent that went to live in the USA in pursuit of greener pasture, and the only asset they had was a grocery shop.

Betty Ong became a flight attendant in 1987 who was zealous in all her duties. She exhibited a sense of professionalism and skill which saw her get a promotion as the head attendant. She had moved to Andover, Massachusetts where she was living until she met her death. Before boarding the Flight 11 to Los Angeles, she had promised her sister a vacation for two in Hawaii. Her high hopes were kindled within her with the urge to meet her sister and get down to a reunion she had longed for. However, Betty Ong did not know the uncertain Ordeal that awaited her while she boarded Flight 11.

Onboard, something unusual happened that Betty Ong had never witnessed since she began her career as a flight attendant. Being the head flight attendant, she was to keep in check the welfare of all the passengers and see to their comfort and safety. The flight 11 to Los Angeles was under terrorist invasion and was therefore redirected to take a different route from its initial one. The plane was hijacked by three unidentified persons who she quickly sounded a distress call to the flight supervisor. Madeline Amy Sweeney was Betty Ong’s counterpart during this occurrence with whom they promptly gave information about the suspicious figures.

By the time Betty Ong was relaying the information to the supervisor, the hijackers had already taken charge of the plane. The contact between the crew members and the cockpit members had been cut, and no one could access the cockpit except the hijackers. Two of the flight attendants including a passenger had been killed already, and the first class area was stuffed with poisonous gas.

Betty Ong's distress call was recorded at 23 minutes while trying to salvage the plane. Flight 11 was the first plane to be hijacked amongst the four others that were later hijacked. She was in contact with the agents in Raleigh-Durham which was supposedly the first distress call that morning. Her call was vital that saw other international flights were cancelled to avoid further hijacking. With a selfless attitude, she kept the call going up to the time when the plane hit the World Trade Center causing a blast.

Betty Ong is remembered for her heroic gesture during the horrific attack, where she kept her passengers calm. She exhibited professionalism in handling distress and also promptness in dealing with the same. September 21 was set aside in honor of her name as ‘Betty Ong Day’ by Mayor Willie Brown of San Francisco.