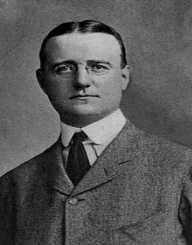 The found of Forbes magazine, Bertie Charles Forbes was born in New Deer, Aberdeenshire, Scotland on the 14 May 1880. His parents were Robert Forbes and Agnes Moir.

Bertie Charles Forbes taught himself Pitman’s shorthand when he was thirteen years old. At fourteen he started work as a printer’s devil, an apprenticeship which involved mixing inks and fetching type for the compositors.

Bertie Charles Forbes moved to South Africa in 1901 where he settled in Johannesburg, working as a journalist. Forbes helped establish the Rand Daily Mail newspaper before leaving for New York in 1904. In New York joined the Journal of Commerce, becoming financial editor in 1906. He also contributed to the Commercial and Financial Chronicle. In 1911, Forbes was appointed the business and financial editor of the New York American.

In 1916 Bertie Charles Forbes resigned from the New York American although he continued to write a syndicated column for Hearst newspapers until 1942. After leaving from New York American, Forbes started Forbes magazine which focused on business and financial matters. The magazine was very successful, and during the 1940s it had reached a circulation of 100,000 readers.

In the early 1940s, he became involved in Investor’s League Inc an organization which promoted and protected the interests of insurance policyholders and stockbrokers.

By the late 1950s, his sons took over the running of Forbes Magazine.