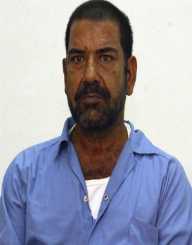 Barzan Ibrahim al-Tikriti was born on February 17th, 1951. His place of birth was in Tikrit situated in Iraq. He was the son of Ibrahim Hasan who was the stepfather of Saddam. His mother was Subha Tulfah al-Mussallat. She was also the mother of Saddam who never saw his father for he passed on before his birth. The two half-brothers became quite close growing up.

Barzan’s post as high rank in the Mukhabarat marked his initial roles in power. Barzan Ibrahim al-Tikriti later became Secret police before his promotion as the director. When he was secret police, many opponents of the Iraqi Regime were executed. This applied to opponents both in abroad and at home. He became quite famous for his brutal actions during this time. Anyone who was suspected to be disloyal faced his wrath.

In 1889, he was appointed as the ambassador of Iraq to the United Nations (UN) in Geneva. In the same year, he was also the representative of his country to the United Nations Human Rights Committee. During this time in Geneva, he managed president Saddam’s clandestine accounts that held his overseas fortunes. He later handed over this duty to foreign brokers since he did not trust to delegate this duty to anyone from Iraq. He had trust issues with them.

The torture and mass murder in Iraq was linked to "Saddam's Dirty Dozen." Barzan was alleged of supporting this group as one of its members. This led to his capture on April 17th, 2003 by United States forces. On October 19th, 2005, the trials of Barzan officially began. Amongst the crimes, he was accused of included crimes against humanity. He was charged along with seven other top officials who participated in the crimes as well.

He was later found guilty of the crimes against humanity and was sentenced to death by hanging. On January 15th, 2007, the death sentence came to pass when he was executed. This was along with al-Bandar who was former Iraqi Revolutionary Court chief justice. Hussein his other co-defendant was also executed.

Barzan Ibrahim al-Tikriti breathed his last on January 15th, 2007 after he was executed by hanging. He had slowly dug up his grave with his involvement in the crime. He was 55 years old at the time of his death.