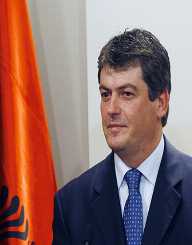 Bamir Topi vied for the presidency seat in 2006 where he won with high percentage. He became the 5th President of Albania where he ruled for five years. He is regarded as one of the prominent intellectuals in Albania. Topi majored in veterinary science as well as the study of molecular biology. Don’t get confused; there are thousands of studies out there. Bamir came to be known as one of the advanced researcher and lecturers in his native land. He chipped into politics in 1996 where he showed no mercy for retirement. He rose to fame when he joined the Democratic Party of Albania.

On April 24, 1957, Bamir Myrteza Topi was born in Tirana, the largest city in Albania. There is little to no information about his childhood life. Bamir joined the University of Tirana where he majored in veterinary studies. In the long run, he worked hard and earned a veterinary doctorate. Over a short period, he worked as a researcher at the Institute of Veterinary Scientific Research. He then moved to Italy in 1987 where he majored in Molecular Biology. He went back to Albania in 1990 after graduation.

Early in 1996, Bamir Topi joined the political field by winning a seat as an Albanian representative of the DP Party. He was then appointed as the Minister of Agriculture and Food. Bamir profile rose where he was selected to lead the Democratic Party of Albania. He then served as the vice president of the DP party. In the mid of 2000 elections, Topi had more followers than Sali Berisha, leader of Democratic Party.

In 2007 Bamir announced his presidential seat, where Sali supported him fully. Luckily he was selected as the fifth President of Albania after reaching eighty-four counts. He was officiated in 2007 where he resigned as the vice president of Democratic Party of Albania. He opted to join a Kosovo regime. Topi major works included the effort he made to induct Albania into the European Union and NATO.