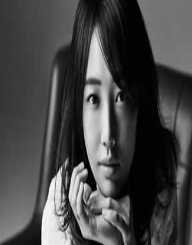 Baihe Bai was born on March 1st, in 1984. She is a celebrated Chinese actress. Recently in 2014, she was regarded as one of the highest paid female actors in China.

Baihe Bai was born on March 1st, in 1984. Her birthplace was in Qingdao in China. For her early education, she joined Wendeng Road Elementary School. Right from a tender age, Bai expressed her singing, acting and dancing passion. When she clocked 12 years, she enrolled at Beijing Dance Academy. She tried her luck in the film industry in 2000. During this time, she auditioned to be part of the cast in Happy Times. Sadly, she was not accepted.

Nonetheless, Zhang Yimou, the director of the film appreciated her talent and advised her to try joining the Central Academy of Drama. She was successfully admitted into the institution in 2002.

Upon graduating from drama school, Bai landed on her first TV role in 2006. This was in Bloom of Youth – 2006. Other roles soon followed suit with the likes of Where is Happiness – 2007 and My Youthfulness – 2009.

Baihe Bai acting career gained her major recognition in 2011. This was after featuring in Love Is Not Blind; a romantic comedy that was initially considered a low budget film. The success of the film came as a surprise to all as it later topped the Chinese box office charts. Due to her exceptional performance in the film, she was bestowed with Best Actress Award in one of the most prestigious Chinese film awards.

In 2012, Bai played another role in Fu Chen which earned her a nod as the Best Actress nominee at the Shanghai Television Festival. The following year, she took the lead role in Personal Tailor – 2013. This was another hit for her as the film topped box office charts during its opening day.

Months later, Bai featured in another romantic comedy film titled A Wedding Invitation – 2013. She starred together with Eddie Peng in this film. The movie was a commercial success and that it brought fame to Bai’s acting career. The same year, she also played the lead role in The Stolen Years – 2013.

Baihe Bai wedded Chen Yufan in 2006. Together, they have one son named Chen Shengtong.