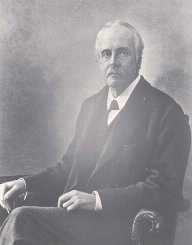 Arthur James Balfour was born on July 15, 1848, in East Lothian, Scotland. He was the son of Scottish MP James Maitland Balfour and Lady Blanche Gascoyne-Cecil. Arthur had four brothers and three sisters. He attended the Grange preparatory school in Hoddesdon and later went to study at the Eton College. After graduating from college in 1866, he went to study at the University of Cambridge. Balfour graduated in 1869 with a second-class honors degree.
In 1875, his cousin, who he planned to marry died from typhus and Balfour remained a bachelor for all of his life.

In 1874, Arthur Balfour became the Conservative Member of Parliament for Hertford. He served in this position until 1885. In 1878, he began to serve as private secretary to his uncle, Lord Salisbury. In this position, he gained his first international experience, after traveling to Congress of Berlin. From 1880, he began to take part in parliamentary affairs. In 1885, he was appointed the President of the Local Government Board, and the following year he became the Secretary for Scotland. After the Chief Secretary for Ireland, Michael Hicks Beach resigned in 1887, Arthur Balfour was appointed in his position. In this position, he enforced the Crimes Act and earned the nickname “Bloody Balfour.”

In the Parliament, he joined forces with the Liberal Unionists and helped in creating the Congested Districts Board for Ireland. From 1886 until 1892, he was known as one of the most effective public speakers. When W.H. Smith died in 1891, Balfour became the First Lord of the Treasury and the Leader of the House of Commons. During his uncle’s absence, Balfour also was in charge of the Foreign Office.

In 1902, Lord Salisbury resigned as the Prime Minister, and Arthur Balfour succeeded him in the position. This happened just as King Edward VII and Queen Alexandra were coronated. He began working on strengthening the relations with France and in 1904, signed the Entente cordiale.

As the Prime Minister, he was credited with several major achievements, like the Education Act in 1902, The Irish Land Purchase Act in 1903, The Liquor Licensing Act in 1904. In the military policy, he was involved in the creation of the Committee of Imperial Defense. However, his tariff fight with Chamberlain led to split in the Unionist party. Belfour resigned as the Prime Minister in 1905.

After the election of 1906, Arthur Balfour remained in the position as the party leader. However, the constitutional crisis which led to the Parliament Act 1911, as well as the loss of the Unionists in the 1910 election, exhausted Balfour and he resigned as the party leader.

He continued to have an important role in the party, and in 1915 he became the First Lord of the Admiralty. In 1916, he became the Foreign Secretary at the administration of Lloyd George. His most notable work from this time was the Balfour Mission, which built an alliance between UK and United States. After the Versailles Conference in 1919, Arthur Balfour resigned from his position as Foreign Secretary but remained in the government as the Lord President of the Council.

Arthur Balfour was in good health until 1928 and continued to play tennis. He became the first president of the International Lawn Tennis Club of Great Britain. In 1928, he began to suffer from circulatory issues. In 1929, he became immobilized by phlebitis and died on March 19, 1930.