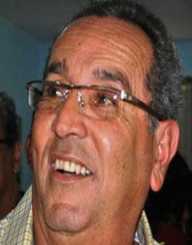 Arnoldo Alemán was born on 23rd January 1946 in Managua, Nicaragua as José Arnoldo Alemán Lacayo. His father was a lawyer who worked with the dictator Anastasio Somoza Debayle in the seventies. The family of Arnoldo Aleman had owned a coffee plantation near the city of Managua.

Arnoldo Alemán's father’s occupation set  Arnolodo in the direction of law studies. The primary education he received at La Salle Institute in Managua. Later he got a degree in law studies in the Universidad Nacional Autonoma di Nicaragua-Leon. His interests were regional economic integration and finances. First work experience or Arnoldo Aleman was working as a lawyer for a bank. This he did in the period from 1968-1979.

After working in the bank sector, Arnoldo Aleman joined the government of Anastasio Somoza Debayle, which led to his arrest. He not only had to spend nine months imprisoned, but also some of his property was confiscated. During those nine months his father died, and unfortunately, Aleman could not attend.

When released, Aleman travelled to the US where he spent a couple of months.

After the time spent in the US, Arnoldo Alemán decided to return to Nicaragua. He started working a lot and involved himself in many activities – both financial and political. He became a member and leader for several associations and federations from 1983 to 1990. The most noteworthy of them were the Consejo Superior de la Empresa Privada, the Unión de Cafetaleros de Nicaragua, and the Federacion de Municipios de América Central.

Arnoldo Aleman became the Mayor of Managua in the year 1990. His popularity was mostly achieved through the renewal of urban areas. This led to the rapid development of the city, which was very much damaged after the earthquake in 1972. In time while he was the Mayor, he received an informal nickname “The Fat Man.” Aleman gave this position up in 1995 when he ran for the presidential elections.

The presidential elections took place in 1996. Arnoldo Aleman was a candidate of the Liberal Alliance, which made him somewhat unpopular with the competing parties. He had been a target for several shootings. The elections nevertheless were a success for Aleman; he got 48% of the votes, while his opponent Daniel Ortega only 40%.

While Aleman was the President, the economy started recovering, the inflation was reducing, and the gross domestic product grew. Nicaragua became interesting for foreign investors, which helped develop the country. Aleman ordered the reconstruction of Nicaragua’s railroads, which had deteriorated since the eighties. One of the most well-received initiatives of Aleman was the school-building program in the poor regions of Nicaragua.

Arnoldo Aleman wanted to run for another presidential term but was declined the possibility. Information about corruption in Aleman’s administration was discovered, and at the end of his presidential term, it became publicly available. The corruption scandal involved not only Aleman himself but also some of his closest family members; therefore some of his family left the country to avoid charges.

In total, fourteen people were charged for this scandal. This had a very negative influence on international affairs, and some of the investors had plans to stop the funding. This was resolved by stating, that funds involved in the scandal were not those invested, but came from the family’s coffee plantations.

The scandal led to Arnoldo Aleman being sentenced to 20 years imprisonment in 2003.

The charges revealed that Aleman had spent enormous amounts of government money for personal goals, some of them included fancy and extravagant hotels, the honeymoon trip and costly carpets.

As Aleman had some health issues at the time, he was serving a sentence from home. Nevertheless, Arnoldo Aleman was listed as the ninth most corrupted leader. This was published byTransparency International in 2004.

In 2009 the imprisonment sentence was overturned.

Arnoldo Alemán was initially married to Maria Dolores Cardenal Vargas. She passed away in 1989 due to a cancer diagnosis. They had four children in their marriage – two boys and two girls.

After ten years, Aleman remarried. He married Maria Fernanda Flores Lanzas. They had three children in this marriage. They had two daughters and one son.