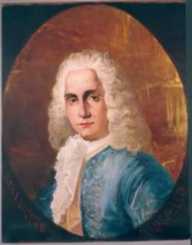 Arcangelo Corelli rose to public attention at the age of nineteen. He was a member of the Philharmonic Academy which he joined in 1670 and was also the concert director and violinist of the Palace of the Chancellery. In 1679 he was in Rome, Italy in the employment of Queen Christina of Sweden who had abdicated (1655) and settled in Rome where she founded the Arcadian Academy.

Arcangelo Corelli was soon attracting patrons who helped him with his career and his reputation as a violinist was established. In 1681 he was employed by the electoral prince of Bavaria.

Corelli was a friend of violinist and composer Christiano Farinella and attracted various partons including Cardinal Pietro Ottoboni (who would later be Pope Alexander VIII) and the Duke of Modena.

The violin was a new instrument at the time. Corelli went down in history as the founder of the modern violin technique, having been the first individual to understand and organize the essential elements of violin playing. He was famous in his own life for his skill as a violinist while at the same time, a very successful and renowned composer.

Arcangelo Corelli profoundly influenced the following generations of musicians and composers. He was highly regarded as a teacher, and Antonio Vivaldi (b. 1768-d.1741) was one of his pupils.

Corelli is today recognized as one of the greatest Baroque composers and musicians who had a significant impact on the development of classical music.

Arcangelo Corelli died on the 8 January 1713 in Rome, Italy when he was fifty-eight years of age. He did not marry and left no direct descendants.