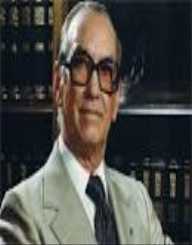 Antonio Guzman Fernandez was born on February 12th, in 1911. He earned his fame as he was the Dominican Republic president. Aside from this, he is also best remembered as a successful businessman.

Antonio Guzman Fernandez was born on February 12th, in 1911. His birthplace was in La Vega, Dominican Republic. For his early education, Guzman enrolled in local schools existing in La Vega.

Before becoming the Dominican Republic president, Antonio Guzman Fernandez indulged in the fruit exploration business. Business thrived, and with time he was a well-known rancher. During this period, Guzman also engaged in politics, and he was a member of the Dominican Revolutionary Party.

Later, when Juan Bosch took over as the 43rd president of the nation, Guzman went ahead and served as the secretary of agriculture. Sooner or later, he was Bosch’s running mate as he contested for the vice president post. However, the two did not win the elections as they were defeated by Joaquin Balaguer.

In 1974, Guzman contested for the presidential seat. Nonetheless, he quit after Balaguer altered the election rules in a way that favored them. Therefore, the opposition party thought that this was unfair.

In 1978, Antonio Guzman Fernandez again ran for the most coveted seat with Jacobo Majluta going for vice president. Guzman was leading when the votes were being tallied. However, the military was quick to stop counting in a bid to prevent Guzman from winning the elections. This led to numerous protests both at home and overseas. When the final votes were tallied, he emerged the winner in the polls. Winning the elections meant that Guzman was the first ever opposition candidate to overthrow an incumbent president.

As the Dominican Republic president, Guzman is best remembered for his feasible economic policies. This stemmed from the fact that he was a successful rancher. He enhanced the public transportation system and that he ensured that people were offered better wages.

Antonio Guzman Fernandez passed away on July 4th, in 1982. His cause of death was as a result of suicide. He was still the president when he took his life away. Jacobo Majluta, his vice president, took over from him and ruled for about 43 days of the presidential term that was left.