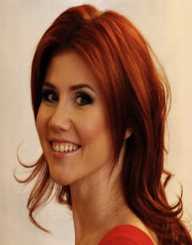 Anna Chapman came into limelight in 2010 after the US authorities arrested her for an allegation of spying for the Russian government. The US government later deported her to Russia. Her good looks made her the focus of most media houses.

Anna Vasilyevna Chapman was born in Volgograd, Russia on 23rd February 1982. She grew up in Ramenki District in their family home. Her father worked in Kenya as a senior KGB official of the Soviet embassy.

She got her degree from the Peoples' Friendship University of Russia. She later did her master’s degree from Moscow University where she obtained a first-class honor in economics.

Between 2003 and 2004, she worked for NetJets, Barclays. She worked for other unrecorded companies in Landon.

Anna Chapman moved to the US in 2009 where she worked for PropertyFinder LLC as the CEO. The company did not do well during its inception.

Her ex-husband claimed that the rise of her company was too rapid. In an unclear circumstance, the company was doing well with 50 employees.

After a tip from one of her Russian colleagues, the US police arrested Anna Chapman for being a Russian spy. She agreed to the charges of working with a foreign government without the knowledge of the U.S. Attorney General.

As a result of the charges, the US government made a deal with their Russian counterparts to create a prisoners exchange.

In 2010, Anna Chapman found a job at the public council of Young Guard of United Russia. Her task in the organization was educating young people.

One year later she hosted a TV show Secrets of the World. A business magazine then appointed her as an editor. Chapman has been active in raising funds to support Russian technology sector.

In a court case to prosecute Colonel Alexander Poteyev for being a traitor, she was the lead witness. The accused was later found guilty of treason.