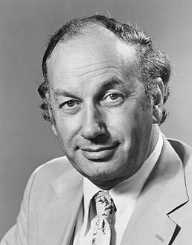 Andrzej Viktor “Andrew” Schally was an American endocrinologist of Polish, Austro-Hungarian, French and Swedish descent. Born on November 30, 1926, Andrew Schally received the Nobel Prize in Physiology or Medicine with Rosalyn Sussman Yalow and Roger Guillemin in 1977" for their discoveries concerning the peptide hormone production of the brain" and the other half to Rosalyn Yalow "for the development of radioimmunoassays of peptide hormones". Andrew Schally was an Assistant Professor of Physiology and a Senior Research Fellow of the U.S. Public Health Service from 1957 to 1962. Andrew Schally was also a Professor at the University of Tulane.

Andrew Schally was born to Gen. Brigadier Kazimierz Schallyand Maria (??cka) on November 30, 1926, in Wilno, Second Polish Republic. His father was the Chief of the Cabinet of President Ignacy Moscicki of Poland. During the German Nazi and the Soviet Union’s invasion of Poland in September 1939, his father escaped with the family along with the President and cabinet ministers to Romania. Andrew Schally recalls how fortunate he survived the Holocaust even though they lived among the Jewish-Polish Community in Roumania. In 1945, Andrew Schally moved to the United Kingdom where he received his education in England and Scotland. In 1946, he received his high school diploma in Scotland.

Andrew Schally had a great interest in sports and played for some English and Scottish clubs as an inside forward. However, due to his dedication to his education, he could not pursue it as a career. Andrew Schally later studied chemistry in London and joined the National Institute of Medical Research (NIMR, MRC) Mill Hill, London, England at the age of 23. While there, Andrew Schally worked under scientists like Sir Charles Harington, Dr. D. F. Elliott, Dr. J. Gross, A.J.P. Martin, Dr. W. Cornforth and Dr. R.R Porter among several others. It was during his time there that he developed a great interest in medical research. In 1952, Andrew Schally moved to Montreal, Canada where he enrolled at the McGill University to study endocrinology. He graduated with a doctorate in endocrinology in 1957.

While at the McGill University, Andrew Schally worked with Dr. M. Saffran to demonstrate the presence of corticotropin releasing factor (CRF) in hypothalamic and neurohypophysial tissue using the “in vitro systems” in 1955. After receiving his doctorate, in 1957 Andrew Schally moved to the United States of American to continue his research work on CRF at the Baylor University College of Medicine in Houston, Texas. From that period until 1962, Andrew Schally also served as an Assistant Professor of Physiology and a Senior Research Fellow of the U.S. Public Health Service.

Andrzej Viktor “Andrew” Schally and his research team collaborated with others like W. F. White, D. Holtkamp Professor C. H. (Tom) Sawyer and Drs. J. Hilliard delved into the studies of LH-RH and the central effects of contraceptive steroids and clomiphene. This research helped in addressing birth control related issues and growth of hormones. Working with Roger Guillemin, they described the neurohormone GnRH that controls FSH and LH. Schally shared the Nobel Prize in Physiology or Medicine with Roger Guillemin and Sussman Yalow in 1977.