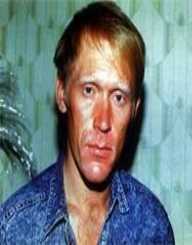 Anatoli Nikolaevich Boukreev was a mountaineer from Russia. He is known for his remarkable accomplishments of ascending to the highest peaks around the globe. He is acclaimed by many as one of the most robust mountaineers ever. He is accredited to have had the remarkably strong stamina and accomplished some of his high peak climbing (above 8000m) without any supplemental oxygen.

Anatoli's missions were often life-threatening due to various natural catastrophes, I.e., landslides and avalanches, but he always had the love for mountaineering against all the odds. He was very determined and courageous. One of his greatest acts of courage was his efforts in saving his colleagues in 1996 on Mount Everest, during a blizzard.

Anatoli Nikolaevich Boukreev was born on 16th January 1958 in Korkino, located in the Russian SFSR Soviet Union, present-day Chelyabinsk Oblast. His parents were poor and were part of the Narod, who were the ordinary people. He completed his high school studies in 1975 and joined Chelyabinsk University, whereby he pursued Pedagogy and specialized in Physics. He graduated in 1979 with a degree in Bachelor of Science. More so, he had enrolled for coaching studies for cross-country skiing which he completed during the same time.

After graduation, Anatoli developed a deep passion for mountaineering. He then relocated to Almata located in the Tian Shan. He soon became a member of a Kazakhstan mountaineering group in 1985. In 1991, he became a citizen of Kazakhstan nation following the splitting up of the Soviet Union.

Boukreev's mountain climbing began in 1987 when he ascended the Lenin Peak, standing at about 7134 meters, located on the border of Kyrgyzstan and Tajikistan. It was his first solo mountain ascent. Later in 1989, he accomplished the `Second soviet Himalaya Expedition’ after climbing the third highest peak on earth named Kanchenjunga, at about 8556 meters. He achieved this via a new route on the west wall.

Anatoli then associated with American climbers in the year 1990 to ascent Mt Denali or as its commonly known, Mt McKinley. It is the highest peak in the entire region of North America with its summit at about 6168 meters above the sea level. They became successful on this expedition. More so, Boukreev was able to complete a solo speed ascent for the same.

The following year, Boukreev achieved greater heights yet again. He set on a  successful climbing expedition on Mount Everest, hence marking the completion of his highest peak on Earth. Mt Everest’s summit is about 8848 meters high, and Boukreev was able to ascend it via the South Col route.

Later, Boukreev became part of the team for K2 ascent expedition in 1993. At 8611m, K2 is the second highest mountain on earth after Mount Everest. During the ascent, his teammates recommended that they climb without any rest. Boukreev was quite exhausted and felt he did not have the energy to do that. However, he agreed reluctantly, and though it was a hazardous situation for him, he was able to reach the summit with the rest. Nevertheless, he was not able to enjoy the victory since he had been drained physically and emotionally.

The following year, Boukreev,  set for yet another successful climbing expedition.  His expedition was on the Makalu. At 8476m, it is the fifth highest mountain on earth, with a pyramid shape. In 1995, he set yet another record during his ascent on Dhaulagiri. His ascent lasted for 17 hours and 15 minutes was the fastest ever on the Dhaulagiri. More so, he ascended Mount Everest again during the year, through the Northbridge route.

In 1996, another expedition on Mount Everest, named `Mountain Madness expedition’ was organized.  He was assigned the lead guide role while Scott Fisher was the Chief of the expedition. When they reached the summit, disaster struck through a deadly blizzard, and many lives lost including the expedition head, Scott Fisher.

Boukreev was very courageous on that occasion and rescued some of the climbers. Boukreev did not lose his mountaineering spirit, and when they returned, he set out for yet another expedition on mount Lhotse, the fourth highest mountain at 8516 meters high. He completed the ascent as a solo effort.

In 1997, Boukreev set out for the ascent of Annapurna I, which is the 10th highest peak at 8091 meters. His teammates were Dimitri Sobolev and Simone Moro. When they reached 5700 m, they were hit by a deadly avalanche, leading to the death of Boukreev and Sobolev. Moro suffered severe injuries but was able to decent to their camp, and later received proper medical attention.

Anatoli Nikolaevich Boukreev's solo ascent of Mt. McKinley at only 10.5 was record-breaking and was highlighted by `Climbing’ magazine in 1990.

He rescued courageously three stranded climbers during the Mount Everest Blizzard and is known as one of the greatest rescues in the mountaineering scene.

He was awarded `David A Sowles Memorial Award’ in 1997 by American Alpine for his courageous rescue.

Anatoli Nikolaevich Boukreev became the citizen of Kazakhstan in 1991. At the time of his death, Boukreev was engaged to Linda Wylie.

Anatoli Nikolaevich Boukreev died on 25th December 1997 as a result of an Avalanche on Annapurna Mountain in Nepal. His body was never recovered.