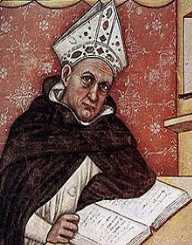 Alphonsus Liguori was born on September 27, 1696. He was an Italian theologian, philosopher, and Catholic Bishop. He was the pioneer of the Christianity known as ‘Moral Theology.’ He was committed to assisting the needy in the society. He did not want to live a materialistic life from a very young age. He changed his career from law to theology. He was also a musician, poet, author, and painter.

Alphonsus Liguori was born on September 27, 1969, in Naples in Italy. He was born to Don Joseph de Liguori who was a naval officer and Anna Cavalieri. He was brought up alongside seven siblings. He was baptised two days after his birth and christened Alphonsus Mary Antony John Cosmas Damian Michael Gaspard de Liguori. He wanted to be a military officer when growing up. He had terrible health, and so he could not join the armed forces. He pursued further studied in Canon and Civil Law from the University of Naples.

At the age of sixteen, Alphonsus Liguori began working as a lawyer. He became successful in the legal profession, but he did not love being a lawyer. At the age of twenty seven, he left the profession as he found practicing law to be very hard. In 1723, he joined the Oratory of St. Phillip Neri to become a priest. In 1726, he was declared a priest. He was close with homeless youths of Naples. In 1729, he moved to the Chinese Institute in Naples where he uplifted many people who were very poor.

In 1732, Alphonsus Liguori established the Congregation of the Most Holy Redeemer after he was advised by Sister Maria Celeste Crostarosa to do so. He later established Evening Chapels which were involved in religious and community services. He then formed two congregations from men and women after the approval of Pope Benedict XVI. In 1762, he was announced the Bishop of Sat’Agata Dei Goti by the then Pope, Pope Clement XIII. In 1775, he retired from his religious activities. He later moved to the Redemptorist Community in Italy.

Alphonsus Liguori died on August 1, 1787, at the Redemptorist Community in Italy. He was never married since he was a priest. In 1949, the Redemptorists founded the Alphonsus Academy which was dedicated to Moral Theology in his honour. In 1817, his beatification was conducted by Pope Pius VII. In 1837, he was canonized by Pope Gregory XVI.