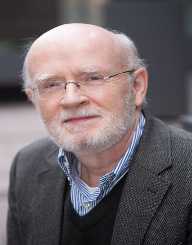 Alfred Lothar Wegener was born on November 1, 1880, in Berlin. He was the youngest of five children in the family. Wegener’s father was a teacher of classical languages at a Berlin Gymnasium. Wegener attended the Kollnisches Gymnasium on Wallstrasse in Berlin. He graduated as the best student from his class. After graduating from Gymnasium, Wegener went on to study Physics, Meteorology and Astronomy. In 1905, Wegener received a doctorate in astronomy.

During 1902 and 1903, Wegener worked in the Urania astronomical observatory as an assistant. He later met Julius Bauschinger, who supervised his dissertation at the Friedrich Wilhelms University. He was always interested in meteorology and climatology. After receiving his PhD, Wegener became an assistant at the AeronautischesObservatiorium Londenberg. There he worked together with his older brother Kurt. The brothers pioneered use of weather balloons to track air masses.

1906 was a very important year in Alfred Wegener’s career. He participated in his first expedition to Greenland, led by Dane Ludvig Mylius-Erichsen. Wegener constructed the first meteorological station in Greenland and made measurement in the Arctic climate. Wegener returned home two years later and began working as a lecturer in meteorology, astronomy and cosmic physics at the University of Marburg. His lectures became the basis of the standard textbook in meteorology- Thermodynamics of the Atmosphere.

Wegener made his second tour to Greenland in 1912. The tour began with several difficulties. The expedition leader Johan Peter Koch broke his leg and was forced to spend several months on bed. He and Wegener were first people to winter on the inland ice. During the summer, the team crossed the inland ice, but ran out of food just a few kilometers from the Kangersutsjag settlement. At the last moment, they were picked up by the clergymen of Upernavik. After returning from this expedition, Wegener married Else Koppen and continued to live in Marburg.

When the World War I broke out, Alfred Wegener was immediately called up, since he was an infantry reserve officer. He was on the war front in Belgium. After being injured two times, Wegener was assigned to the army weather service. In 1915, Wegener completed one of his biggest works- The Origin of Continents and Oceans. During the war, Wegener continued to publish and in 1917, undertook a scientific investigation of the Treysa meteorite.

After the war, Wegener began working at the German Naval Observatory and moved his family to Hamburg. In 1921, he became the senior lecturer at the University of Hamburg. He continued his pioneering work and published The Climates of the Geological Past. In 1922, he released the third and fully revised version of The Origin of Continents and Oceans, sparking an international discussion on his theory.

In 1924, Wegener began working as a professor in meteorology and geophysics in Graz. There he focused his work on physics and optics, and began to study tornados. In 1929, he embarked on his third expedition to Greenland.

In 1930, Alfred Wegener led his last Greenland expedition with 14 participants. The groups mission was to establish three permanent weather stations to measure year-round Arctic weather observations. For the expedition to succeed, two men had to winter in the mid ice, meaning that all the provisions should be transferred there from the West camp. However, the expedition was behind schedule and when summer ended, the men in the Eismitte (mid-ice) sent a message that they have to return on October 20.

On September 24, Wegener and other team members set out to supply the camp by dog sled. The remaining three team members reached Eismitte. There were enough supplies for three men, so Wegener and his colleague Villumsen rode the sled back to West camp. During this journey, Wegener died and Villumsen was never seen again. His body was found six months later mid-way between Eismitte and West camp. He was 50 years old at the time, and it is believed that he died of heart failure due to overexertion.

In his honor, in 1980, the Alfred Wegener Institute for Polar and Marine Research was established in Bremerhaven, Germany. There is also a Wegener crater on the Moon and Mars, as well as Wegener asteroid and peninsula in Greenland, where he had died.