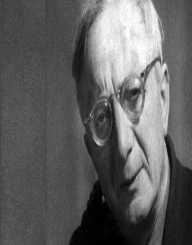 Alfred Doblin was born on August 10, 1878. He was a doctor, essayist, and novelist. He was a prolific writer and his works received due recognition. He wrote the novel ‘Berlin Alexanderplatz’ which is considered as one of his best works. He was a doctor who specialized in neurology.

Alfred Doblin was born on August 10, 1878, in Szczecin. He was born to Max Doblin and Sophie Doblin. He was brought up alongside four siblings. His father abandoned them to go live with his lover because the marriage between him and Sophie was strained. His mother was left to provide for him and his siblings. The struggles he faced while young moulded him into a better person. He attended the Kollnischer Gymnasium High School. He loved reading and writing while he was in school. The works that influenced him included the works of Fyodor Dostoyevsky and Heinrich von Kleist among others. He later joined Friedrich Wilhelm University where he took general medicine. In 1904, he moved to Freiburg im Breisgau to specialize in psychiatry and neurology. In 1905, his dissertation titled ‘Disturbances of Memory on Korsakoff’s Psychosis’ was published.

In 1906, Alfred was employed by the Berlin Psychiatric Clinic located in Buch as an assistant doctor. In 1911, he began his own private practice. In 1915, he published his first novel titled ‘The Three Leaps of Wang Lun.’ He began writing while he was still in school but none of his books were published then. In 1918, he published a comical novel which was about the struggle for power between two industrialists (fictional) in Berlin City. In 1921, articles he contributed to ‘Der Neue Rundschau’ were collected and published in the book ‘Der Deutsche Maskenball.’ In 1920, he published the novel ‘Wallenstein’ which was set in Central Europe during the period of the Thirty Years War.

In 1924, he published the science fiction novel ‘Berge Meere und Giganten,’ but it did not become popular among the masses. In 1933, when Hitler took power in Germany, he went into exile in Zurich and later he went to Paris. In exile, he wrote the novel ‘November 1918: A German Revolution’. He wrote the novel in four volumes. In 1945, he wrote his last novel titled ‘Tales of a Long Night.’ The Novel was published posthumously in 1956.

In 1916, he received the Fontane Prize for his novel ‘The Three Leaps of Wang Lun.’

He dated Friede Kunke who was a nurse while he was in Buch but he later got engaged to Erna Reiss. He did not know that Friede was pregnant when he got engaged to Erna. In 1911, Friede gave birth to his son. In 1912, Alfred Doblin married Erna, but he was never at peace with the idea that he left Friede for Erna. He only married Erna because of family pressure. He died on June 26, 1957, of Parkinson’s disease. Alfred died at the age of seventy eight. Erna committed suicide a few months after the death of her husband.