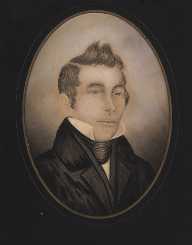 Alexander Hamilton was born on either January 11, 1755, 1756, or 1757. The exact year is unknown, but many scholars tend to lean towards the 1755 date. He was born in Charlestown, Nevis, in the British West Indies, which is in the Caribbean Islands. His parents were James Hamilton and Rachel Faucett Lavien. He also had a brother, James Jr. Hamilton, who was born in 1753. He also has a half-sibling, Peter Levine, who his mother left behind when she left her first husband.

Alexander’s family moved around often so his parents could find work. His mother inherited property in Nevis, which is why the family lived there formerly. They later moved to Christiansted, St. Croix, because his father was offered a job there.

However, shortly after moving to St. Croix, Hamilton’s father left the family, leaving his two sons under the care of his wife. Rachel worked hard in a store to support her family, but she fell ill in 1765 and died of a fever on February 19, 1768. Alexander was only 13 when she died, but it was then that he had to get a job to support himself and his brother.

As a teenager, Alexander Hamilton worked to support himself. He spent some time working as a clerk. He was left in charge of the business for months at a time when his employer had to go away for business. Later, he was adopted by a merchant from Nevis, Thomas Stevens. Even though he no longer needed to work to support himself, he continued to work anyway.

While working as a clerk, Alexander Hamilton developed a love for reading and writing. This inspired him to try to get into a school, but the local church-based school in the area denied him an education because his parents hadn’t been married, and he had been born out of wedlock. Despite this obstacle in his educational training, he learned by educating himself through books.

It wasn’t until 1772 that Hamilton had any formal education. He went to a grammar school in Elizabethtown, New Jersey, USA. Once he was done with this knowledge, he went to King’s College (which had since then been renamed Columbia University), located New York City, New York. There, he received a Bachelor’s degree in Arts in one year.

Alexander Hamilton joined the New York Provincial Artillery Company (which was a part of the volunteer army) in 1775, at the beginning of the Revolutionary War. He fought in several battles, including the Battle of Long Island and the Battle of Princeton. In 1777, he was promoted to lieutenant colonel of the Continental Army. It was around this time that he became the assistant to General George Washington, who would later become the first president of the United States under the constitution. While working as Washington’s assistant, he wrote the general’s letters, reports, and strategy papers, which was a great help to the war’s efforts.

Bored with paperwork, Hamilton wanted to fight again, and Washington let him. He led the Battle of Yorktown. There, Cornwallis surrendered. This victory helped to drive towards the Treaty of Paris, as well as two other treaties. This helped to end the Revolutionary War, but it did not stop Hamilton’s military career.

Alexander Hamilton officially left his career in Washington in 1782. Over a decade later, in 1798, Hamilton was appointed to the inspector general and second in command. The United States was on the brink of war with France, but the two countries signed a peace agreement, which prevented a war, and ended Hamilton’s military career.

Alexander Hamilton studied law once he was done assisting Washington, but before his military career was officially over. He had the vision to unite the United States further, as he believed that a stable central government would lead to more unity than focusing on state’s rights.

Hamilton’s primary focus of his law career was protecting the loyalists (who had been supporters of the British during the Revolutionary War) against the American rebels. He worked tirelessly to keep their rights, and he even helped to repeal the Trespass Act, which had been set in place years earlier to try to obtain compensation from loyalists.

Hamilton continued his law practice even as he entered the political field.

Alexander Hamilton had a lengthy political career, taking up most of this life. Some of his accomplishments and job points are listed below.

Alexander Hamilton married Elizabeth Schuyler in 1780. Together, the couple had eight children: Phillip, Angelica, Alexander Jr., James Alexander, John Church, William Stephen, Elizabeth (Eliza), and another Philip (Little Phil) who was born after the first Philip had died in a duel. During his marriage, Hamilton had an affair with Maria Reynolds. The relationship ended badly, but it did not stop his marriage but did harm his career. This couple is not believed to have children together.

Alexander Hamilton made an enemy in the early 1800’s when he helped Morgan Lewis defeat Aaron Burr in an election. Burr resented Hamilton for this. On July 12, 1804, the two agreed to a duel to death. The two shot their guns, but only Hamilton was fatally wounded. He died from the gunshot wound the next day, on July 12, 1804, in New York City, New York.