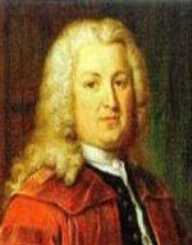 Albrecht Von Haller was born to Niklaus Emanuel Haller and Anna Maria Engel. He was the youngest of 5 children. When he was young, his mother died, and his father remarried to a woman named Salome Neuhaus. A former pastor first taught him. But he attended a public school after the death of his father. Being a sickly child, he was unable to participate in outdoor activities too often.

Albrecht Von Haller studied different languages in his early life, Hebrew, Greek, and Chaldees. Throughout his early childhood not only did he study languages but he also collected around two thousand biographies of important historical people. He stayed with his step-uncle Johann Rudolf Neuhaus in Beil. While there Johann taught him lessons in philosophy and other subjects. Albrecht didn’t have an interest in philosophy, and even though he wrote poetry, he was determined to become a physician.

Albrecht Von Haller enrolled in the University of Tubingen in December of 1723 at the age of 15. Johann Dubernoy and Elias Rudolph Camerarius Jr taught him medicine. He then switched to Leiden University in 1725. He defended his thesis in front of the academic reviewing committee which completed his graduation in 1727.

Traveling to London, he was introduced to doctors and scientists like William Chesselden, James Douglas, John Pringle, and Sir Hanes Sloane just to name a few. Next, he traveled to Paris and studied under Jacob Winslow and Henri Francois Le Dran. Moving to Basel in 1728 he continued his studies, this time with John Bernoulli. Then also this time he studied Mathematics. While he studied in Basel, he developed an interest in botany. He traveled to places like Baden, Savoy, and part of Cantons in Switzerland collecting plants and species.

Albrecht Von Haller was 21 by the time he had finished his education. He also had some literary pursuits he wrote a poem titled Die Alpen, This was in 1729. During this same year, he went back to Bern and worked as a physician. He wrote the book Gedichte, and the book included Die Alpen, his poem in 1732.  He moved to Germany in 1736 and joined another university called the University of Gottingen this time as the chairperson of the botany of medicine, surgery, and anatomy department.

Albrecht Von Haller became a fellow of the royal society in 1743.Then in 1747 he became inducted into the Royal Swedish Academy of Sciences. After two years they promoted him to a noble rank. He resigned in 1753 at the University of Gottingen to go back home to Bern. Engaging in politics, he was elected to the Rathauseamman office. While he did this, he continued his botany research and writing poetry.

Albrecht Von Haller co-wrote a book in 1755 with Johann Peter Eberhard titled Onomatologia Medica Complete. Historia Stirpium Indigenarum Helvetiae Inchoate’ was his next book in 1768. Then not long after came to a book called Odesurles Alpes’. From 1771 to 1772 he wrote Bibliotheca Botanica linking his work on botany.

Albrecht Von Haller was married three times and had eight children. He had two sons who were also botanists. He started using Opium by 1773. Due to health issues, sadly, this addiction is what caused his death. His illness was not to be blamed for it.