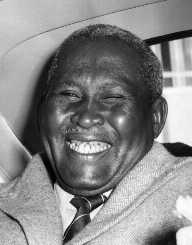 Albert Luthuli was a prominent politician, and the South African government did everything in their power to ban him. But his speeches continued to inspire the people towards the cause of equality he believed in.

Albert Luthuli was born in Solusi Mission Station, Zimbabwe on June 4, 1898. His star sign was Gemini. Albert’s father John Luthuli was a Christian missionary and the son of a tribal chief. His mother was Mtonya Gumede. Albert was their third & only child who crossed infancy.

Albert’s childhood was filled with sorrow when his father died to leave him and his mother with very little to support themselves.

His mother took him to their ancestral town Groutville. He then spent his childhood days under the guidance of his uncle Martin, who had become the tribal chief.

Albert’s primary education took place in Groutville at a Congregationalist Mission School. Albert was also tutored in the tribal traditions by his uncle and others. He then enrolled in the Ohlange Institute. After graduating from there, he went to a Methodist training center at Edendale where he learned the craft of teaching. By the time he was 20, he was qualified to teach.

Albert started his career as a teacher. He became the Principal of a primary school in Newcastle, Natal. Albert Luthuli faced a lot of problems as he was the only employee and had to do all kinds of chores. Albert Luthuli spent two years teaching there before finally deciding to take up a higher teacher’s training course at the Adams College, near Durbar.

Albert Luthuli enjoyed working as a teacher and a missionary for more than a decade. In the early 1930s, he decided that it was time for him to acknowledge his duties as the tribal chief of Groutville.

When Albert Luthuli became the tribal chief of Groutville, he saw thousands of people suffering from poverty, landless labor, and no leader. For the next ten years, he dedicated himself to improve the quality of life of his people. He didn’t take any active part in politics in this period.

Albert Luthuli visited India in 1938 to take part in an international conference for missionaries. The conference was held in Madras.

Albert Luthuli realized the oppressive policies of the government towards the black people and decided it was time to raise a voice. Albert Luthuli became a part of the African National Congress in 1944. A year later, he was elected to the Provincial Division of the ANC in Kwazulu. 1946 marked the transition from Luthuli into active politics when he became a member of the Native Representatives Council.  In 1948, he traveled to the US to spread awareness about the condition of black people in South Africa.

Albert Luthuli also led the Defence Campaign in 1952, a non-violent campaign against discrimination by the government. Albert Luthuli faced severe resistance from the government who also removed him from his chief tribal post in 1953. However, he remained the de facto chief throughout his life. After he became the President General of the ANC, he organized several campaigns, and meetings. These protests had a huge impact on the lives of black people.

The government tried to stop him by imposing bans on him from public activity. Albert Luthuli has banned a total of four times. However, his determination remained unshaken, and the government had to relent eventually.

Albert Luthuli was awarded the Nobel Peace Prize in 1960 for his non-violent aggression against the apartheid. He also held an honorary position at the University of Glasgow for three years.

Albert Luthuli married a woman named Nokukhanya Bhengu in 1927. She was also a teacher. Together they had seven children. During the later stage of his life, he suffered from several health problems including those of the heart and the eye.

Luthuli’s life came to a tragic end. He was killed in an accident when he was hit by a freight train as he was walking across a bridge. Albert Luthuli died on July 21, 1967, at the age of 69.