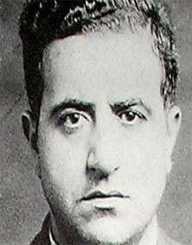 Albert Anastasia was born on September 26th, in 1902. He earned his fame for being one of the most callous Italian mafias in the US history. He founded two notorious groups namely Murder, Inc. and American Mafia. Anastasia was the leader of what would later be identified as Gambino crime family.

Albert Anastasia was born Umberto Anastasio on September 26th, in 1902. His place of birth was in Parghelia, Italy. He was the son of Luisa Nomina de Filippi and Raffaele Anastasio. At the time of his birth, the surname used in the family was Anastasio. Nonetheless, Albert adopted Anastasia in 1921.

Anastasia made his way into the New York City while he was working on a ship. He was accompanied by his three other brothers. On March 17th, in 1921, he entered into a fight with George Turino and killed him. As a result, he was convicted of murder and jailed at the Sing Sing prison in New York where he would wait for his execution. However, he was lucky enough during his retrial in 1922, and he was released. The following year, he was jailed again for illegally possessing a firearm.

By the end of the 1920s, Albert Anastasia had earned a name for himself as he headed the International Longshoremen's Association. Around this period, he also befriended another mafia in Brooklyn called Giuseppe Masseria. Similarly, he became close friends with Cosa Nostra’s future leaders, i.e., Frank Costello, Vito Genovese, Joe Adonis, and Charles Luciano.

With a strong ambition to reach to the top of the gang world, Anastasia purportedly took part in murdering Giuseppe Masseria. He was aided by Costello, Genovese, Adonis, and Luciano. After the death of this mafia, Anastasia became an underboss.

Later that year, the gang also organized for the murder of Masseria’s partner Salvatore Maranzano. He was killed in September 1931 leaving Luciano as the boss. By 1932, Anastasia had been charged with several murder charges, but the cases quickly disappeared as the witnesses were afraid to appear in court.

In 1942, Albert Anastasia opted to offer his services to the U.S. Army with the main intentions of winning a pardon for his mafia friend Luciano. Also, part of the main reason for joining the army was to evade the investigations that were surrounding Murder, Inc. While in the army, he rose to the rank of technical sergeant. The following year, Anastasia was rewarded with the right to become an American citizen due to his diligent services in the army.

After his stint in the army, Anastasia continued organizing for criminal activities including the killing of Arnold Schuster in 1952. During the 1950s, his mafia reign was not smooth as the U.S. government did his best to bring him down. In fact, in 1954 the government tried to deport him right after his citizenship was revoked.

On October 25th, in 1957, Albert Anastasia was gunned down in a barbershop that he had visited to get a haircut. While he was having his hair trimmed, two men wearing masks approached and shot him five times. According to the reports that arose after his death, his underboss named Carlo Gambino had planned for his execution. Anastasia was laid to rest three days later at the Green-Wood Cemetery in New York.