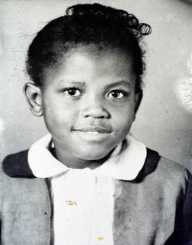 Addie Mae Collins was born on April 18, 1949. She was an African American murder victim. She was killed due to racist violence. Addie Mae died at the age of Fourteen years old.

Addie Mae Collins was born on April 18, 1949, in Birmingham, Alabama. She was born to Julius Collins and Alice Collins. She was brought up alongside six siblings. Addie Mae was a constant church member of the 16t Street Baptist Church.

One Sunday morning, while she alongside her family members attended the church, she met her death after a bomb exploded in the church. This was due to the racial initiated hate. Those who were targeted included Martin Luther King Jr. and Ralph D. Abernathy. Collins died alongside three other children including Denise McNair who was Eleven years old,

Cynthia Wesley who was Fourteen years old and Carole Robertson who was fourteen years too were collateral victims. They were in the church basement before the explosion which also left dozens injured including one of her siblings Sarah Collins who sustained serious injuries as well as losing an eye.


Prosecution of the Bombers

In 1963, Robert Chambliss who was one of the Ku Klux Klan group members was arrested following evidence that exposed him placing dynamite under the church steps. He was after that charged with the illegal possession of explosives.

In 1977, he was convicted for the murder of Addie Mae Collins and the other three children who also perished and sentenced life imprisonment. Another suspect of the killings Herman Frank Cash died before sentencing in 1994.

Addie Mae Collins died in a bomb explosion in the 16th Street Baptist Church on September 15, 1963. She died at the age of Fourteen years.