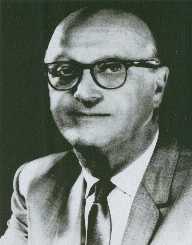 Abraham Zapruder was born on May 15, 1905, to Israel Zapruder a Russian-Jewish man in Ukraine. He attended school for four years. At the age of fifteen, Abraham immigrated to the United States and his family moved to Brooklyn, New York. Upon his entry into the country, he began to study English at night.  He also started to work as a clothing pattern maker in the garment district of Manhattan.

Abraham Zapruder was also a Freemason and an Inspector-General. He was a 33rd degree of the Scottish Rite. Although he lived in New York for many years, at the age of 36, he moved to Dallas, Texas. When he got there, he started to work for Nardis, a local sportswear clothing company. He worked there at that company for eight years until 1949.

In the year 1949, he with another investor, Abraham Schwartz, co-founded Jennifer Juniors, Inc. It was a women’s clothing store that produced Chalet and Jennifer Juniors brands of dresses. While working there he also worked with his previous and still ongoing job, Nardis until the summer of 1953.  That summer, he started to work with Jeanne Le Gon at Nardis until April of 1954. It appears it may have been an exclusive arrangement. And then in 1954, he went back to working with both companies.

The Day of the Zapruder Film

On November 22, 29163, he had decided to film the presidential motorcade procession through the streets of Dallas, Texas.  But, the day before it had forecast rain, so he decided to just attend it and to watch it as a spectator. However, when he got into his office that day, his secretary reminded him of what he wanted to originally do, and instead of just being a spectator, Abraham went home to pick up his camera. It is important to note the location of his office with respect to the presidential motorcade. The offices where Abraham works were located across from the Texas School Book Depository in Dal0Tex Building. Anyone who has read or learned about the assassination of John F. Kennedy knows this.

His plan was to film from his office window, but due to the weather, Abraham decided to film the procession from the Dealey Plaza.  His film is actually shot from the top of the building which was across from the John Neeley Bryan Pergola ON the grassy knoll. The knoll itself was located north of Elm Street in Dealey Plaza. A little known fact is that his secretary helped him film that day.

It is said that he captured the actual fatal headshot to President John F. Kennedy as his vehicle passed in front of his position. In Zapruder’s testimony following the assassination, there is an indication that the President had lost his life that day.

On his way back to his office following the shooting, he met with a reporter who introduced him to an FBI agent. This agent was involved with the investigation into the assassination of the President. Originally, the film was to only be used for the investigation. But that same day he sold the film to the Life Magazine for $50,000.  His one request was that the frame which shows the fatal shot not be seen by the general public.

A portion of the money received was donated to persons who might have needed it. In the year 1978, his family bought back the film and stored it in the National Archives and Records Administration. Twenty-one years later the family donated the films copyright to the Sixth Floor Museum at Dealey Plaza.

Abraham married Lillian Sapovnik in 1933. From that union were born two children, Myrna and Henry.

The film was taken by Zapruder on that date. Had a digital reproduction made in 1997, by LMH Company. It was made by Scientific Imaging McCrane Associates in Westmont Illinois and includes the missing frame. It was also released by various other persons and institutions to be seen and viewed by the public on the internet. Zapruder helped to catch a murderer and this sealed the fate of the late Lee Harvey Oswald. He ensured that Camelot’s President was remembered.