Dragon 2015 Horoscope for the Green Wood Goat Year 2015 predicts that you can achieve whatever you want during the year. The combination of the forces of Dragon and Goat will lead to unlimited strength.

When they take up execution of big ventures, the Chinese zodiac Dragons tend to be hasty. It is imperative that they should approach their objectives in an organized manner to be successful. Dragons may face temporary hold ups and they can overcome these with a composed and determined approach.

Dragon 2015 Horoscope predictions forecast that you are motivated and fearless in whatever you do. You require complete liberty while working on your projects. You are good communicators and are good at dealing with customers.

Influence of the Year of the Goat will tend to make you emotional during 2015. Your career may be affected if you over-react with your colleagues or the management due to differences of opinion. Hold your feelings in check and concentrate on finishing the job.

Dragon 2015 predictions foretell that offers for senior management posts will crop up. These have to be considered with a realistic view.

Chinese horoscope 2015 predictions for Dragon promises that the year is auspicious for taking up speculative ventures. Projects which are in the pipe line will not only give monetary gains but also personal satisfaction.

Dragon 2015 Horoscope predicts possibility of new partnerships which will be filled with plenty of romance and passion. Singles will be lucky to find true love if they look in the right places.

Dragons charm the opposite sex to get into relationships, but they are not committed lovers. In matters of love they are lucky and easily get love mates.

2015 Year Of The Dragon Forecast For Family

Dragons are very busy with their professional career and social engagements. Thus they miss the pleasure of close relationship with their partners, family and children.

In 2015, Dragons will be brought down to earth with major failures in public life. Then they will cherish the intimacy of their family and relations.

The Dragon 2015 Horoscope forecasts travel for relaxation from busy schedules for the Dragon. This will help them to recharge themselves and prepare for the hectic schedule ahead. 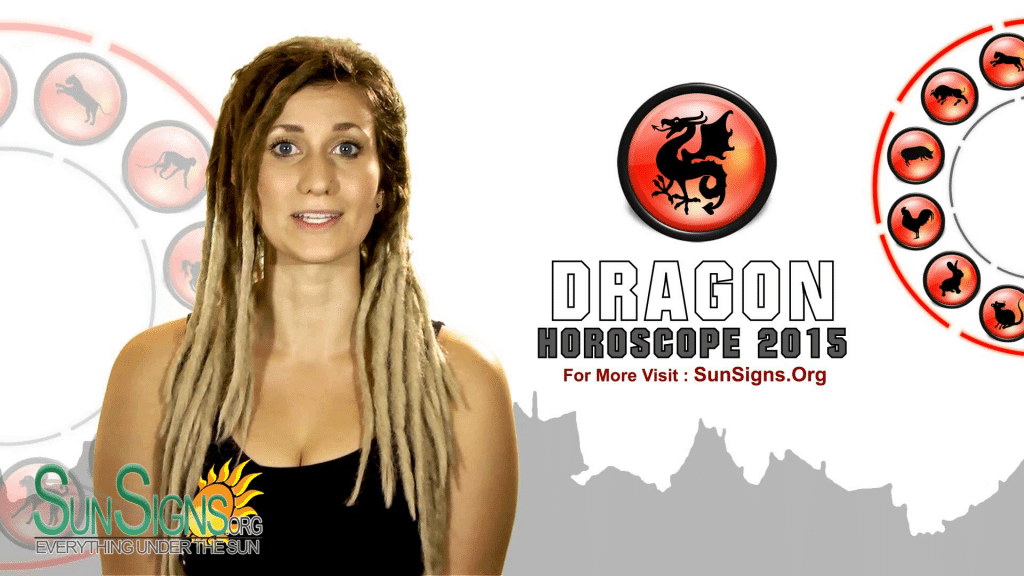 The outward appearance of Dragon in 2015 Chinese astrology is deceptive. They are physically strong but are emotionally weak. The year of the Sheep 2015 predictions foretell that Dragons could be afflicted with depression, eating disorders and breathing problems this year.

The Dragon sign will either have a very good year or it could get worst if you don’t build upon your opportunities.