Sagittarius December 2015 Horoscope forecasts that independence and self-will will prevail. This is because the planetary strength is situated in the Eastern sector of the horoscope. Follow your own life path and you will accomplish your goals. Social grace and flexibility are not needed for success.

Majority of planets are in the Southern half of the chart for the Sagittarians in December 2015. Family and emotional issues will take precedence over career and external personality. The home situation requires harmonizing and the turbulence should be brought down.

Personality changes are happening and there is an air of optimism in life. Travel for fun and enjoyment are predicted in December 2015.

Focus on career and business will not be much in December 2015. This is a month to sit back and evaluate your current projects and deals, Sagittarius.

The December 2015 horoscope for the Sagittarius zodiac sign forecasts that finances are excellent, but you have to exert yourself more. Your financial intuition is strong and you will overcome challenges easily.

You have to curb your tendency to spend money lavishly. Communication with your colleagues on money matters is important to avoid misunderstandings. 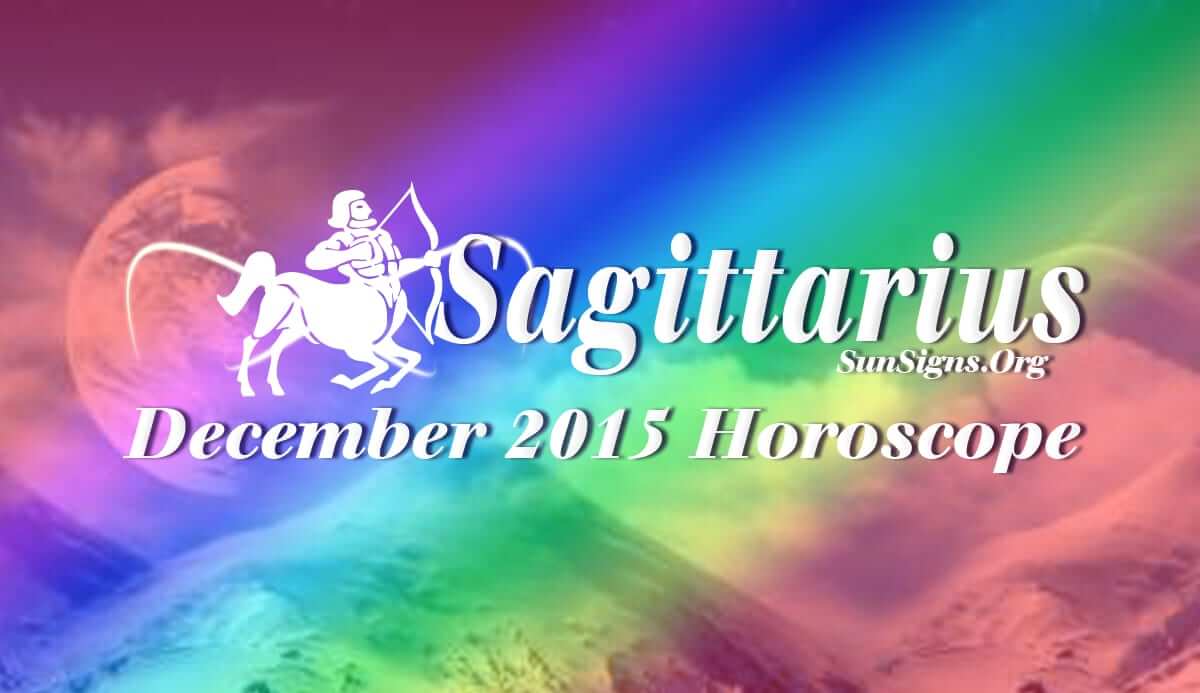 The 2015 love and sex horoscope predicts that your relationship with your spouse will be wonderful till the third week of the month.

You have to make compromises after that to maintain harmony. Material presents and gifts will play a major role in love this month. You might hear some news about pregnancy or about problems with children.

Normal health is expected during December 2015 for the Archers. However you have to be cautious and attend to back problems promptly. Change your posture and sit the right way at your computer. You need to make changes in your lifestyle right now.