December 2015 Libra Horoscope forecasts that home and emotional issues will be very important this month. Career and personal achievements will take a backseat. There will be a large number of family celebrations and social entertainment.

Your home will undergo major transformations and luxurious items will be added to furnish your residence.

After second week, travel plans require careful examination to avoid problems during the journeys. Here are a few tips to over jet lag and home remedies for motion sickness.

Major changes are expected in your career, Libra. Promotions and pay rises can be expected. Job changes are likely and they will be for the better. Businesses will undergo total transformations.

All changes should be viewed from an emotional point of view. Only then will it result in your personal happiness. Also read the Numerology Horoscope 2015 to find out more

The Libra December 2015 monthly astrology predictions foretell that the monetary situation will be wonderful this month. Money comes through family and friends.

You will have their support in accomplishing your financial objectives. Businessmen should focus on promoting their products which will give good returns. 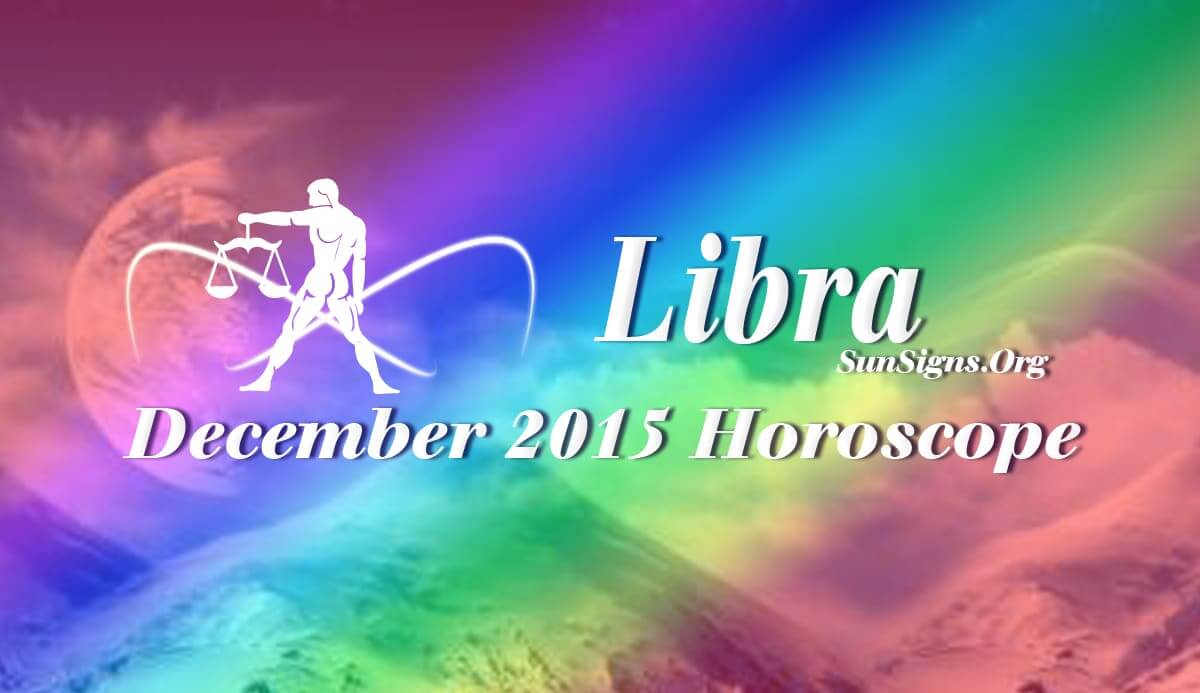 Single Librans will be presented with plenty of opportunities to get into love relationships. Love will be volatile initially, but becomes very delightful after 21st. Love is to be found in social parties or your might just fall in love with your boss.

Relationship with your spouse will be highly romantic. Partying and entertainment will dominate your love life. This is an auspicious month to plan for a baby.

The December 2015 Libra horoscope forecasts, that health will be problematic after the third week of the month. You will be under stress due to your professional activities and domestic concerns. Practicing meditation and wearing a suitable Rudraksh can help relax your mind.