Gemini December 2015 Horoscope foretells that career and personal ambitions will become very important this month. Family and matters of the heart will not be under focus in the month of December 2015.

Most of the planets are in the Western half of the chart for the Twins in December 2015. You have to depend on your social skills and cooperation for accomplishing your goals. You have to suit yourself to the situation and avoid misunderstandings with others. It is never a good idea to let arguments spoil your relationships.

Career situation is happy this month in December 2015 for the Gemini star sign. There will be plenty of excitement at the work place. There will be very good progress in business and your future looks brighter.

The December 2015 Gemini predictions foretell that money will come from your spouse or love mate during the month. You can make money out of useless things if you use your creativity. Your balance sheet for the year ends on a positive note, Gemini.

Take a look at your corresponding Chinese 2015 horoscope to know more about the coming year. 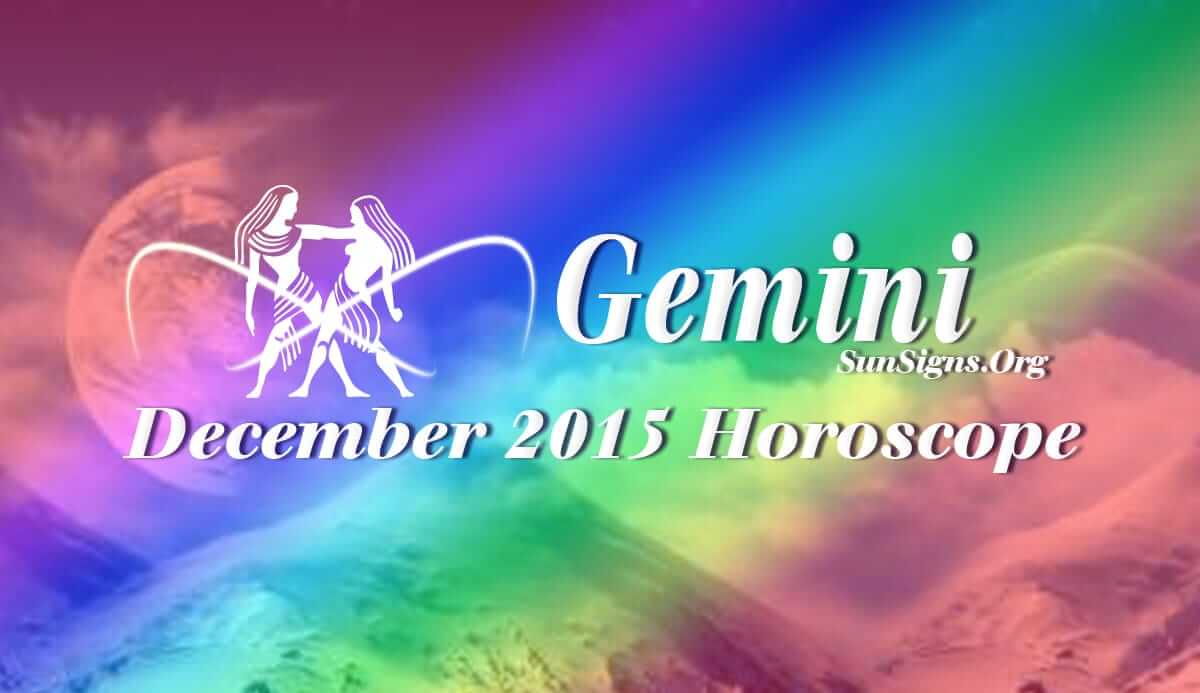 Singles will find many opportunities to have romantic relationships in December 2015. Love is to be found at close quarters.

Your equation with your spouse will be harmonious. There will be plenty of passion, sex and romance during the month. Socially this is a pleasant period for married couples as there might even be some good news of pregnancy.

December 2015 is the right month for the Twins to make changes to your personal life. Start by eliminating bad habits and addictions and beginning a fresh life. Knowing your Karmic debt numbers can help you overcome many health issues.