August 2015 Libra Horoscope forecasts that career and professional obligations occupy a significant position in your life this month. Domestic situation is harmonious during this period.

The personal will and independence for the Librans will dominate over social skills and adaptability to people. You can decide on your course in life but would prefer that other people can be kept at a distance. Spirituality will help you decide your objectives in life.

The August 2015 Libra monthly astrology predictions foretell that your career graph will reach its peak during the month. Your efforts will be recognized and rewarded generously.

Your superiors and family will appreciate your efforts and help you in achieving your goals. All legal matters will be resolved to your benefit.

Monetary situation for the Libra zodiac sign is excellent till the third week of August 2015 but becomes tough after that. You have to be prudent in your spending and should not exceed your earnings. 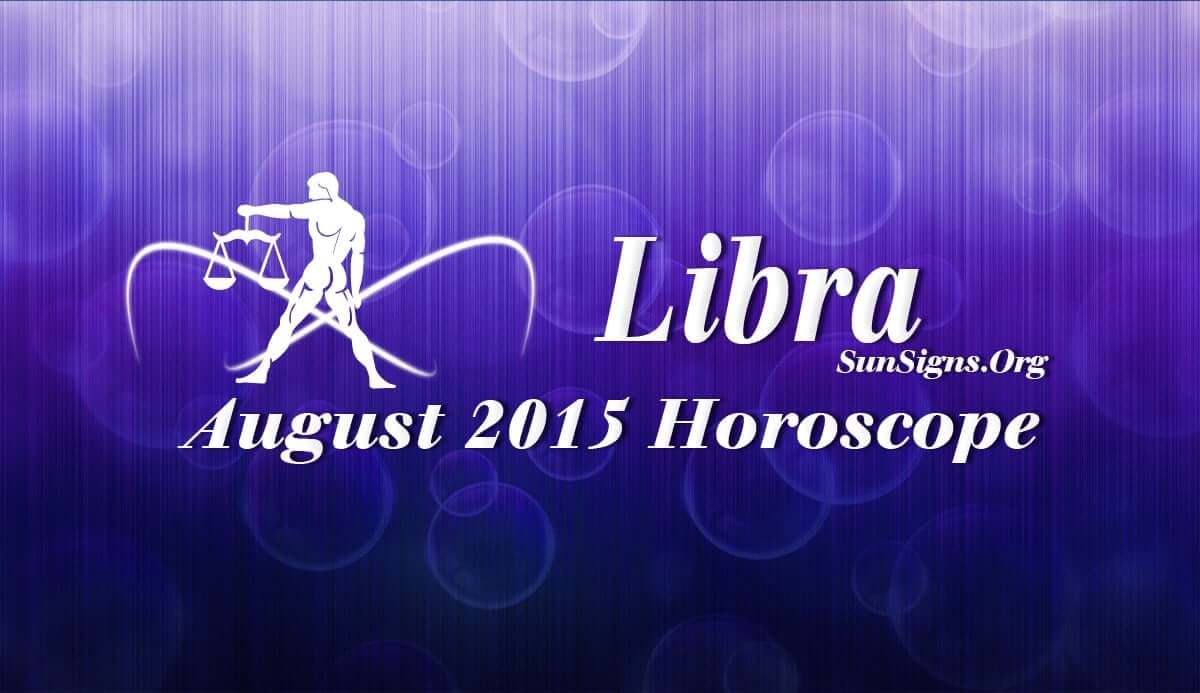 The Libra 2015 August horoscope forecasts that you are more inclined towards religion and spirituality.

This will affect your attitude towards love. There will not be any commitment in your romantic relationships. You can try this Feng Shui Kua Number Compatibility test to know more.

Social life and dating will be active during this period. Conflicts in the family or with friends will be injurious to your physical health. Pregnancy and all matters related to children will take a backseat in August 2015 for the Librans.

Health will see marked improvement in the month of August 2015 for people belonging to the sign of the Scales. It will be safer to stick to important jobs and reschedule unimportant things. Learn yoga or follow a regular exercise regime.