Aries August 2015 Horoscope forecasts that you should use your social skills and be flexible in your attitude to get things done. This is not the time to assert yourself or be adamant.

Planetary positions in your natal chart are not favorable. So concentrate on achieving your major goals rather than thinking about people and relationships.

August 2015 is a month when the Arians will have to concentrate on improving relations with siblings, parents and children. Being overemotional and unreasonable will only spoil relationships.

The Aries monthly predictions for August 2015 foretell that that this month is beneficial for the unemployed who will successfully get into new jobs. During the last week of the month you will change gears from party mode to working mode. New business deals will take off on a positive note.

Monetary situation for the Rams is excellent during the first three weeks of August 2015. Money will come through social contacts and family members.

After that profession will be the main source of income. But you should be cautious while spending large amounts. Risky investments will be profitable. 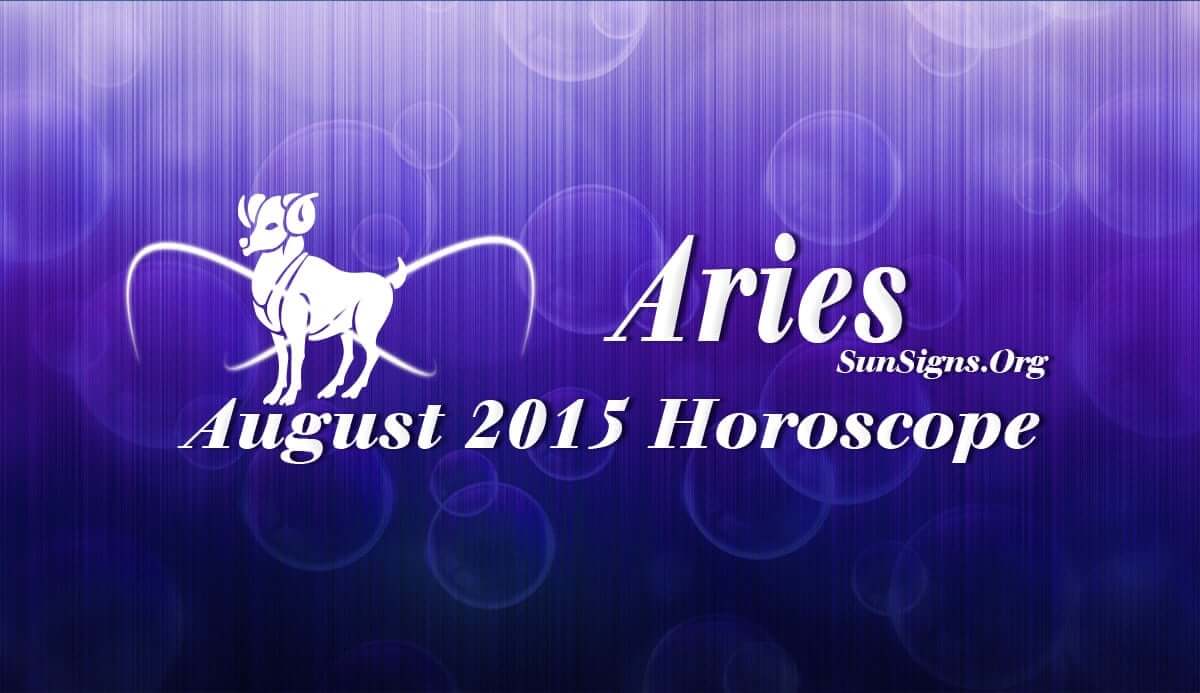 The Aries astrology forecasts for August 2015 predict that married couples will have a fabulous month. But they have to give their partners enough freedom and avoid getting into conflicts.

Singles will get into long distance relationships easily during the month. The month is suitable for refurnishing your house. Pregnant Aries women will be blessed with love and happiness.

Health is better in August 2015 with good fitness routine for the Aries zodiac sign. Attend to health problems promptly and do not strain yourself with unnecessary work.