Virgo April 2016 Horoscope forecasts that this is a month for improving your career. Family and spirituality are not favorable. You have to be ruthless in following your professional goals backed up by diligence and quick decisions.

Virgo, you can boost your results by paying attention to socializing and using the grace of influential people. Independence and initiatives will have to give way to compromise and collaboration. Be flexible in your approach and keep interests of others in mind if you want to further your objectives in life.

April 2016 will be favorable for the Virgins and will impact the monetary plans of your spouse or love mate. People in the academic field may be forced to make major shifts in their educational plans. 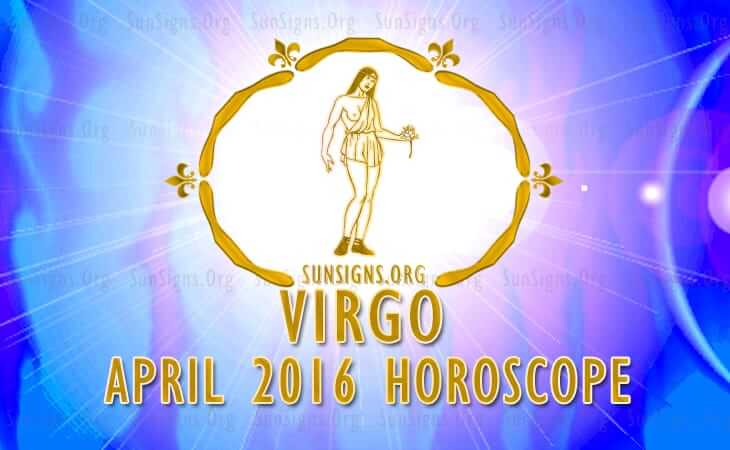 The Virgo 2016 April predictions suggest that businessmen will face stiff competition and professionals have to put in more effort in their jobs. But the end result will be beneficial with rewards and pay rises.

Things may be slow due to Mercury retrograde, but progress will happen gradually. You may have to change your job and this may not have the approval of your family.

In April 2016, your spouse or partner will provide you with financial openings and in turn you will be entangled with the monetary ventures of your family after the second week of the month.

You can expect sudden windfalls of wealth around end of the month. You are happy to enhance the wealth of others and your own prosperity is improved by your social contacts. It will be prudent to clear pending loans when you have surplus money.

The Virgo astrology forecasts for April 2016 also foretell that domestic affairs require evaluation and corrections which will be a slow process. Children, pregnancy and Virgo compatibility issues will need some work.

Your focus should be on charities and humanitarian causes to uplift the community. Singles dating will have chances to form love partnerships at their work place or during their official visits.

Virgo, more attention should be paid to maintaining your health and preserving your vitality in April 2016. Harmony at the office will also be beneficial for your mental health.

To conclude, the April 2016 horoscope for Virgo predicts that you have to take the initiative this month to go ahead in life and achieve your goals.