April 2015 Capricorn Monthly Horoscope forecasts a major shift from personal independence and self assertion to social charm and flexibility in your attitude after April 21st. Use your will power to accomplish things in the beginning and change your strategy to listen to other people and consensus later.

Career issues will take a back seat for the Capricorn zodiac sign in April 20016. Family and emotional needs will dominate as the strength of the planets are in the lower half of the birth chart. You can concentrate on planning the future direction of your career and take action in due course.

The Capricorn April 2015 career forecasts show that you will see progress in your professional life during the last week of the month. This month should be used to build your emotional stability which will help you in achieving success in job and business at a later date.

The financial prospects for the Sea Goats are fantastic in April 2015. Money comes through your efforts. Finances will get tougher after 20th. You have to curb your tendency to go in for speculation. Get predictions for May 2015. 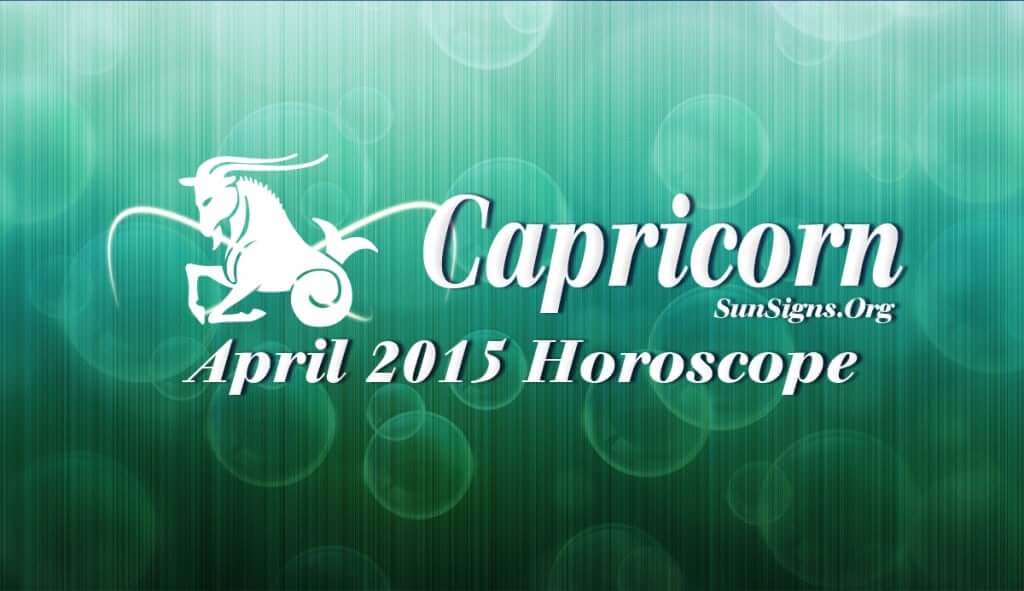 The Capricorn love predictions for April 2015 foretell that singles will find love after the third week. It is a good idea to start dating again, if you have been through a breakup.

You should focus on maintenance and beautification of your house during the month. You should strive to have peaceful relations with your spouse and children.

The Capricorn horoscope for April 2015 predicts that health is excellent and can be improved further with sufficient relaxation. It is a good idea to indulge in a short rejuvenating vacation.