April 2015 Aries Horoscope indicates that self-reliance and self assertion will be prominent as the planetary power is concentrated in the Eastern sector. The financial influence of Venus is seen in your dealings with others.

You will be more pleasant and your aggression will not be felt by others. Decide what you want and follow it up with action. Things will go your way.

Planets shift to the bottom half of the horoscope after 21st for the Arians. Career and professional issues will be in focus till then and domestic affairs and mental stability will take over after that.

The career prospects for April 2015 are excellent. Arians seeking job employment will be easily absorbed by employers. Businesses will proper by venturing into new domains.

The April 2015 Aries monthly predictions for finance foretell that the situation changes for the better during the third week of the month. Money will be available from various sources and you can invest in risky propositions.

Foreign ventures will yield handsome profits. The Aries zodiac sign people should take all major fiscal decisions in the last week of the month. 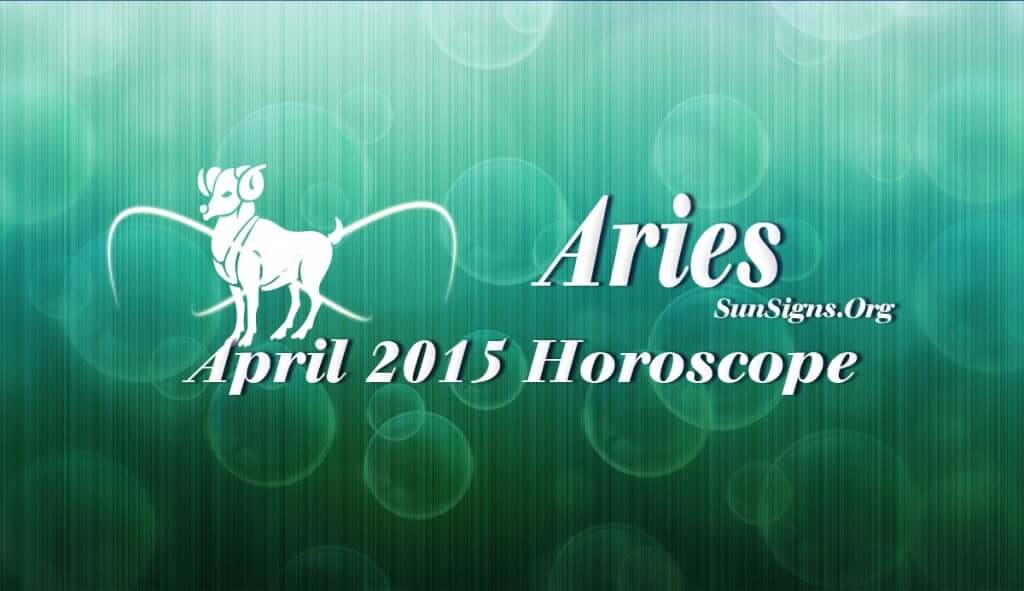 Love is in the air for the Rams in April 2015. You might meet your Mr. Right this month. Romantic alliances will prosper.

Beginning of the month will see strains in the existing partnerships. Sexual passion and personal charm will dominate your love life during the month. There are good chances for you to get pregnant this month.

The Aries horoscope for April 2015 forecasts that your health will be splendid during the month and emphasis will be on personal appearance combined with an active fitness program.