April 2015 Aquarius Horoscope predicts that personal ambitions and self-will will dominate as planetary strength is concentrated in the Eastern sector of your birth chart. You have plenty of energy to attain your goals in life. Temperamentally you will be impatient when things do not work out the way you want.

Most of the planets are in the lower half of your horoscope for the Aquarians in April 2015. Hence home and emotional issues take precedence over career concerns. Strengthening your mind will help in the future of your professional life.

The monthly Aquarius predictions for career foretell that April 2015 is an excellent month for business and jobs. Progress on the professional front will happen because of divine intervention and your efforts will be very less. Get to know more in the horoscope predictions for 2015.

The April 2015 financial forecast for the Water Bearers shows that the fiscal situation will be powerful during the month. You will have the backing of your family. If you are dealing with realty, it will yield good returns. 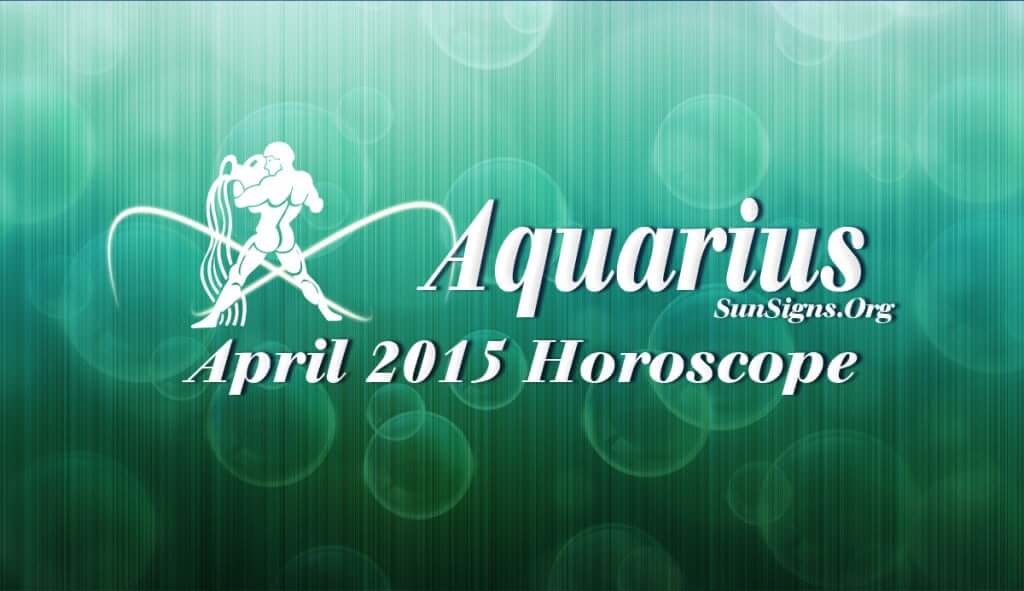 The Aquarius monthly forecasts for April 2015 predict that romantic alliances are to be found in close circles before 20th of the month. Couples might have volatile relationships in the last week.

Old relationships will bloom again and may result in permanent friendships or marriage. Conflict between you and your spouse will likely be over career issues. You should try to strike a compromise on the issue. Pregnancy might be confirmed if you are planning to have a baby. Relations with siblings will improve.

The Aquarius April 2015 horoscope forecasts that health will not pose any problems till 20th. Learn to relax and not stress. Maybe a glass of wine every evening will help your mind relax.